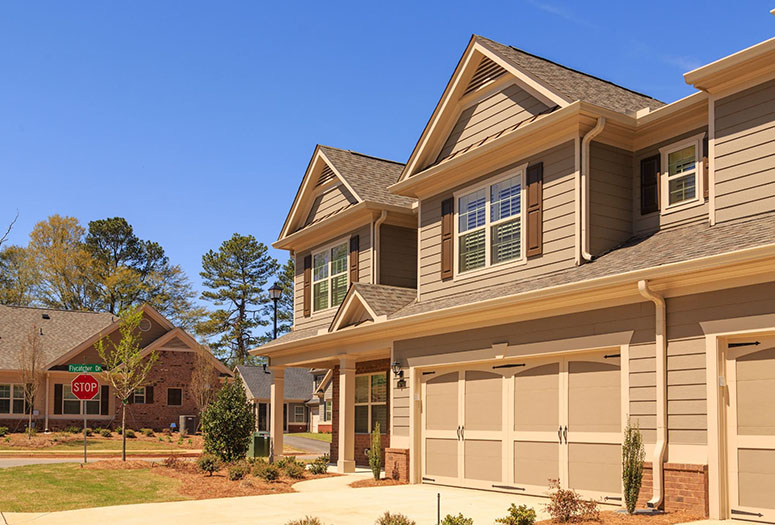 HOUSTON – (April 6, 2021) – An uptick in new townhome construction in Houston may let people live closer to jobs and services, but it could eventually price many Houstonians out of the city's historic neighborhoods, according to a new report from Rice University's Kinder Institute for Urban Research.

"Re-Taking Stock: Understanding How Trends in the Housing Stock and Gentrification are connected in Houston and Harris County" was authored by Kinder Institute researchers John Park and Luis Guajardo. Through a series of case studies, the report shows the different types of housing that develops when Houston-area neighborhoods gentrify. The work expands on prior Kinder Institute studies about countywide gentrification and development.

Home construction in Houston's urban core — known as the Inner Loop — surpasses that of the entire cities of Atlanta, San Diego, San Francisco and Oakland, California, and it’s almost on par with Seattle, the researchers wrote. This is largely due to Houston's more relaxed land use regulations, particularly those governing minimum lot sizes, which have enabled more land-efficient housing.

These rules have also made townhomes popular among developers and homebuilders in high-demand areas close to jobs and amenities, and on increasingly costlier urban land such as the Inner Loop.

Between 2005 and 2018, affluent areas (primarily west of downtown Houston) that had already gentrified or faced no gentrification risk saw significantly more housing construction than gentrifying neighborhoods . Townhomes and large multifamily homes were the predominant construction in these areas.

"Relaxed zoning regulations in Houston have contributed to the rampant redevelopment of higher-priced homes," said Park, a senior research fellow at the Kinder Institute. "However, we're beginning to see the impact on vulnerable neighborhoods.”

In particular, home affordability is threatened in communities such as the Third Ward, the Fifth Ward and Independence Heights, which are seeing high demolition activity, the researchers wrote. Although new construction is happening slowly in those neighborhoods, as more housing that appeals to higher-income families is built there, the stock of affordable housing will shrink without preservation strategies.

"While new development can mean improved housing conditions, increased supply and shifting home prices, it can also acutely affect communities with older homes and long-term residents with low or fixed incomes," the authors wrote. "This development paired with high demolitions will no doubt contribute to the displacement of people in these communities."

The researchers also found that low-income Black and Hispanic residents are moving in greater numbers to inner-suburban areas such as Spring Southwest and Sunnyside, which have a mix of affordable single-family and large multifamily homes. However, some of these areas are at high risk for flooding and are near other environmental hazards, such as chemical facilities.

“Researchers have been warning cities about the imminent challenges with the suburbanization of poverty, and research shows remnants of this occurring in a few areas analyzed,” said Guajardo, the Kinder Institute's urban policy research manager. “Local jurisdictions and communities must work together to address inequities in these areas — many of which are unincorporated and lack resources and the legal authority to implement change.”

The researchers said the findings are critical as urban planners discuss ways to increase safe and affordable housing.