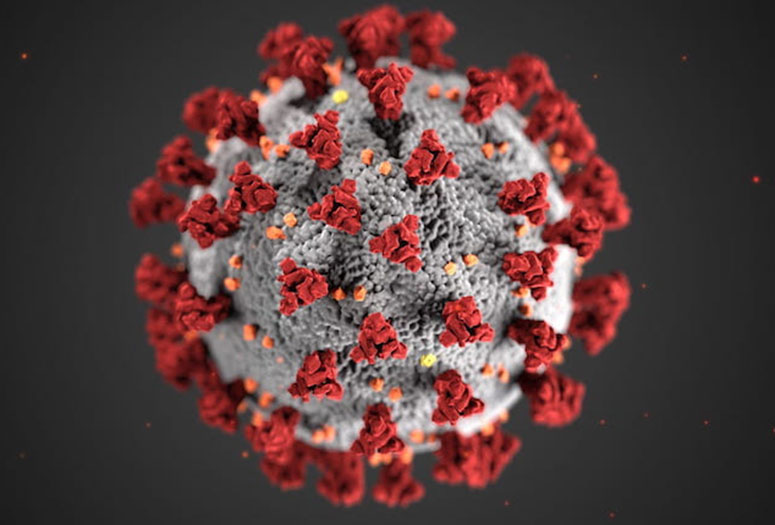 Researchers at Rice University have received funding for up to $1 million to develop a real-time sensor system able to detect minute amounts of the airborne virus that causes COVID-19 infection.

The researchers at Rice’s Brown School of Engineering and Wiess School of Natural Sciences -- chemical and biomolecular engineer Rafael Verduzco, civil and environmental engineer Pedro Alvarez and structural virologist Yizhi Jane Tao -- will team with William Lawrence, a microbiologist at the University of Texas Medical Branch (UTMB) at Galveston to develop a thin film electronic device that senses as few as eight SARS-CoV-2 viruses in 10 minutes of sampling air flowing at 8 liters per minute.

The project titled Real-Time Amperometric Platform Using Molecular Imprinting for Selective Detection of SARS-CoV-2 (RAPID) has been funded by the Defense Advanced Research Projects Agency (DARPA). The second half of funding is contingent upon a successful demonstration of the technology.

“We had started working last summer on the idea of trying to detect SARS-Cov-2,” said Verduzco, a professor of chemical and biomolecular engineering and of materials science and nanoengineering and principal investigator on the project. “Pedro initiated the idea because he had some films that incorporate molecularly imprinted polymers that he thought could very selectively respond to anything.

“He thought we could modify it to emit an electronic signal when a virus binds to the film,” Verduzco said. “Jane got involved because we want a biologist to help build these recognition layers. We saw the opportunity to pursue this with DARPA, because they have a very challenging but specific metric for sensing a very low concentration of SARS in air within 10 minutes.”

Alvarez and Tao previously introduced a filter that could “trap and zap” SARS-CoV-2 in wastewater at treatment plants, a technology that was itself adapted from their method to kill bacterial “superbugs” and degrade their antibiotic resistance genes.

“Molecular imprinting cavities where specific molecules or particles fit snugly can enhance the capacity of surfaces to selectively adsorb and concentrate viruses, which in turn facilitates their disinfection, in the trap-and-zap project, or detection, in this RAPID project,” Alvarez said.

“Thus, we were able to leverage previous work on molecular imprinting,” he said. “Jane suggested a significant improvement related to anchoring specific biorecognition factors to further enhance the selectivity of the surface to attach and concentrate SARS-CoV-2.”

The researchers’ proposal describes a bioaerosol sampler that would concentrate airborne SARS-CoV-2 into a liquid electrolyte medium, bind it onto virus-imprinted polymers functionalized with SARS-CoV-2 attachment factors that enhance selectivity and use organic electrochemical transistors to rapidly transduce SARS-CoV-2 binding events into electronic signals.

The proposed device would be sized for analysis of a 50-cubic-meter office, a 300-cubic-meter classroom or central building monitoring. They expect the filtration system to be not only rapidly adaptable for other pathogens but also able to nondestructively capture viruses in a way that retains them for further analysis.

Lawrence’s lab works with the UTMB Galveston National Laboratory, which is part of the National Institute of Allergy and Infectious Diseases biodefense network. He is also director of the Aerobiology Services Division at the lab and has expertise with aerosolization and testing of SARS-CoV-2.

Verduzco said the Rice team will spend the first nine months fabricating the device and testing it on inactivated SARS-CoV-2. “If we are successful, the next nine months will focus on testing with live SARS-CoV-2 at UTMB, and also optimizing the device to meet project metrics,” he said.

Alvarez is the George R. Brown Professor of Civil and Environmental Engineering and a professor of chemistry and of chemical and biomolecular engineering. Tao is a professor of biosciences. Lawrence is an assistant professor in the Department of Microbiology and Immunology at UTMB.