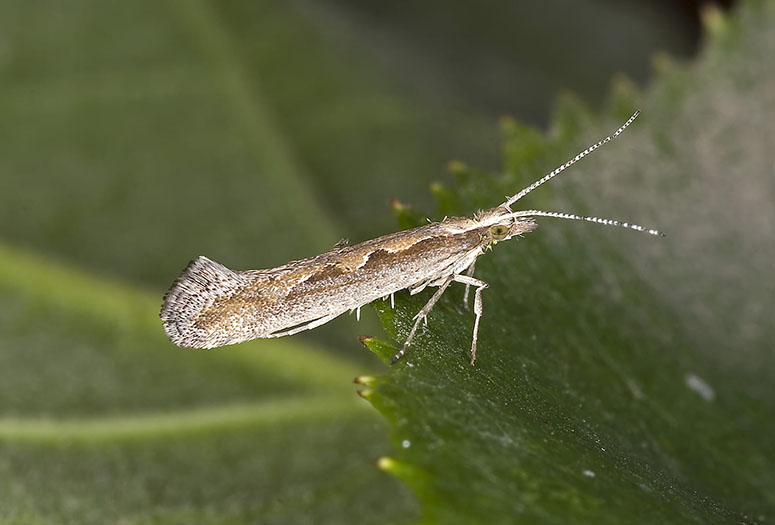 Climate change in this century will allow one of the world's costliest agricultural pests, the diamondback moth, to both thrive year-round and rapidly evolve resistance to pesticides in large parts of the United States, Europe and China where it previously died each winter, according to a study by U.S. and Chinese researchers.

The moth, Plutella xylostella, which is also known as the cabbage moth, already causes more than $4 billion in damage worldwide each year to broccoli, cauliflower, cabbage, kale, mustard, radishes, turnips, watercress, Brussels sprouts and other crops. It is also one the world's most pesticide-resistant species, with a documented resistance to at least 97 insecticides.

In a first-of-its-kind study published in the open-access journal Nature Communications, researchers from Rice University and the Chinese Academy of Agricultural Sciences combined results from years of laboratory and field experiments, computer simulations of future climate warming scenarios and a meta-analysis of decades of prior moth research.

"It's well-documented that climate change is shifting the distribution and ranges of species, but the challenge is trying to predict where species will go," said study co-author Volker Rudolf, an ecologist, evolutionary biologist and professor of biosciences at Rice University.

Rudolf said the team, which was led by co-lead authors Chun-Sen Ma and Wei Zhang, began with laboratory experiments aimed at isolating a specific mechanism that could be used to accurately predict how the range of diamondback moths would evolve in response to climate change. Previous experiments had found the coldest temperature individual moths could survive, but it was also well-known the moths died out each winter in places where temperatures were considerably higher. Rudolf said the lab studies allowed the team to predict where the moths can "overwinter," or survive year-round, based on the daily accumulated low temperatures below a critical threshold in winter, a metric they dubbed "low temperature degree days."

"That variable alone predicts over 90% of mortality, which is pretty nuts," Rudolf said. "You don't normally get correlations that strong."

That gave the researchers "a simple variable that was both mechanistically linked to the survival of the species and really easy to calculate from either past climate data or future-climate models," he said.

The researchers found climate change over the past 50 years has increased the overwintering range of the diamondback moth by more than 925,000 square miles. They also showed each increase in mean global temperature of 1 degree Celsius will allow the moth's overwintering range to expand by about 850,000 square miles. Current climate models predict mean global temperatures will increase by 2-6 degrees Celsius during the coming 100-150 years, the study said.

Rudolf said the overwintering data combined with a meta-analysis of decades of previous studies of diamondback moth pesticide resistance allowed the team to show how climate change could dramatically worsen the problem of evolved pesticide resistance in parts of the U.S., China, Japan and the Mediterranean that are currently "marginal" overwintering regions for the moth.

"We care about overwintering because if they survive winters and stay year-round that allows for rapid evolution of pesticide resistance," Rudolf said.

Diamondback moths and many other crop pests like armyworms, planthoppers, leafrollers and some species of aphids overwinter in warm regions and migrate annually, causing significant damage to crops in regions where they cannot overwinter. Where these species cannot overwinter, they are slower to evolve pesticide resistance, Rudolf said.

"Because they always come from somewhere else to recolonize a particular site, the individuals are most likely coming from different ancestors every year," he said. "So you can have within-season selection for pesticide resistance, but selection across-seasons gets interrupted."

The double whammy of an expanded year-round range and more rapid evolution of pesticide resistance could severely impede control efforts and allow diamondback moths to cause greater economic losses for farmers, the study found.

But the study's authors said the research also presents an opportunity, both as a template for studying similar crop pests and as a guide to designing and coordinating more effective control efforts.

The findings could be used to "develop proactive pest management in a changing world, reduce costs of control efforts and assure food security while minimizing impacts on natural enemies and other aspects of the ecosystem," they wrote in the study. "In practice, our results emphasize the importance of adjusting pest management strategies to adapt to differences in winter survival across regions and how this will change under future climate scenarios."