Grant to Rice enables expansion of discovery that produced graphene from food and plastic. 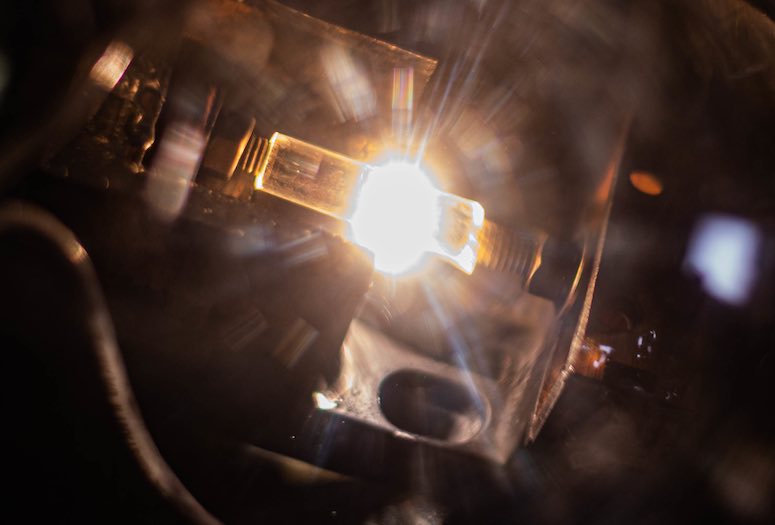 Where others see a pile of trash, Rice University chemist James Tour sees a figurative gold mine.

The U.S. Army Corps of Engineers agrees, and it will work with Tour and his collaborators through a $5.2 million, four-year grant to reclaim valuable materials from waste through flash Joule heating.

Among the initiatives is a strategy to recover cobalt, lithium and other elements through the process developed by Tour’s group several years ago to turn waste into graphene.

The grant through a Department of the Interior Cooperative Research and Development Agreement will allow the Rice-based team to extend the impact of its discovery last year that “flashing” food waste and other trash with a high-voltage jolt of electricity turns it into graphene.

Through further experiments, the team realized the process could do much more. “We’re pushing the idea that flash Joule heating can go way beyond just graphene,” Tour said.

The Rice researchers plan to work on the recovery of precious metals from electronic waste, rare earth elements from fly ash (burned coal), toxic metals from contaminated soil and high-surface-area graphene for use in controlling algae blooms.

Tour’s lab has reported success at recycling pyrolyzed ash from plastic waste into graphene for improving concrete and other composites as well as flashing dichalcogenides from semiconductors to metallic materials. He said the lab’s process to reclaim metals from used batteries is patented, and a detailed study is forthcoming.

“There’s already interest in the environmental community over urban element mining, so finding a way to do it efficiently and in bulk will be of great importance going forward,” Tour said. “We have a lot of other ideas for ways flash Joule heating can help.”

The original experiments to convert food waste, reported in Nature, involved packing carbon-containing waste between two electrodes in a tube and sending enough power through to raise its temperature to about 5,000 degrees Fahrenheit in 10 milliseconds.

Anything that wasn’t carbon was emitted as gas, leaving behind turbostratic graphene, a configuration of the 2D material in which layers are offset enough to weaken their bonds, making the flakes soluble, and thus easier to use in composite materials.

The lab has since discovered that by nudging the parameters, it can fine-tune the conversion of a variety of waste materials into products of value.