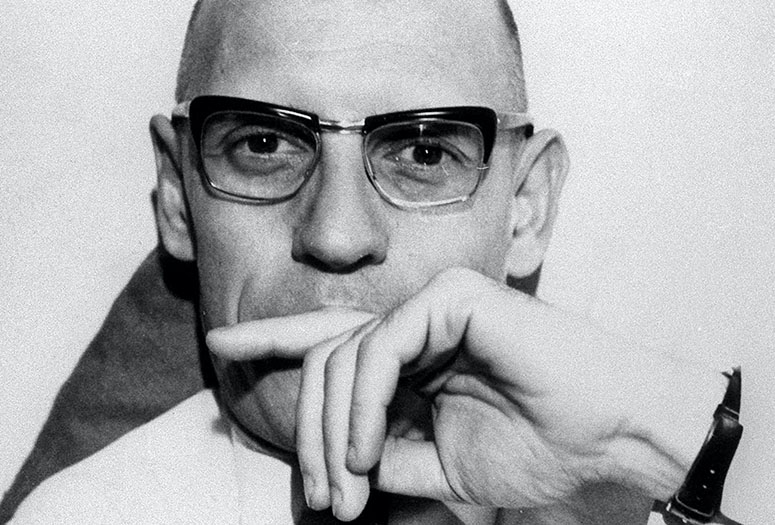 “Confessions of the Flesh,” a volume of work by French philosopher Michel Foucault, became international news when it was published in 2018. That’s partly because Foucault died in 1984 — and publishing any of his unfinished writing was against his wishes — and partly because “Confessions of the Flesh” wasn’t just a minor work: It was the fourth and final volume of Foucault’s “History of Sexuality” series, which he was editing at the time of his death.

The vast extent of Foucault’s influence across disciplines is demonstrated by the fact that he remains one of the most-cited researchers in the humanities and social sciences. As such, the French publication of “Les aveux de la chair” in 2018 and the long-awaited English translation in February 2021 have given scholars much to discuss.

This May, Rice professors Niki Kasumi Clements and James Faubion are co-hosting many of the foremost Foucault experts in the world to do just that.

Foucault’s Confessions is a monthlong virtual series Clements organized with support from the Department of Religion and the Humanities Research Center, featuring 10 online talks between May 4 and June 3. The talks will take place on Tuesdays and Thursdays at 11 a.m. and will be followed by discussions.

“To contextualize ‘Confessions,’ we needed to bring together specialists from multiple disciplines and people who knew Foucault in order to situate this book from the 1980s in terms of what it might say to us today,” said Clements, the Watt J. and Lilly G. Jackson Assistant Professor of Religion. “And these people are serious superstars.”

Foucault’s Confessions brings together 10 “field shapers” from a variety of disciplines and backgrounds.

Achille Mbembe is a major figure in French critical theory who advances Foucault’s ideas to forge a more radical critique of power. Martina Tazzioli engages vital questions of migration, race and human rights through Foucault. Arianna Sforzini treats performative bodies as well as the materiality of Foucault’s reading notes archived at the Bibliothèque nationale de France. Lynne Huffer, who taught at Rice from 1998 to 2005, completes a trilogy of works on Foucault’s “ethics of eros” and a politics of counter-conduct. And Daniele Lorenzini has edited several of Foucault’s international lectures and frames Foucault’s critical genealogy.

Together, the 10 scholars’ work covers a range of approaches to Foucault as well as a range of positions on the man himself. Faubion will follow Mbembe’s hour and offer a concluding commentary on the series of lectures as a whole.

Like the philosopher himself, Foucault’s ideas were controversial — the celebrated thinker made a career of radically refashioning our understanding of where power resides in a society. As such, reactions to Foucault’s work over time have ranged from hero-worship to hostility. And as Foucault’s work is a product of his era — his own epistēmē, as he might say — his work invites further critique on questions of gender, race, class and ability.

“The series invites conversation on this deeply influential yet polarizing figure, who was dedicated to diagnosing the operations of disciplinary power yet still limited by the categories of his time,” Clements said.

Foucault’s late-career turn to ethics has been an especially productive source of recent scholarship. Clements sees Foucault’s Confessions as an opportunity to both discuss that scholarship and produce more: Most of the series’ talks will be recorded and publicly available as an ongoing resource for viewers around the world.

Foucault’s Confessions was initially slated for last year on Rice’s campus before COVID-19 forced a postponement. But the pandemic only clarified for Clements that the show must go on.

The conference will also serve as a farewell of sorts for Faubion, the Radoslav A. Tsanoff Chair and Professor of Anthropology, who is retiring after 26 years in the department.

Faubion has written two books on Foucault’s ethics and edited several others. An anthropologist, he approaches Foucault from the perspective of the social sciences. Clements is a humanist and a religious studies professor, whose own interest in Foucault stems from her scholarly research into early Christian writers, in particular John Cassian, who was one of the most referenced writers in the fourth volume of Foucault’s “History of Sexuality.”

Clements’ first book focused on the ethical thought of Cassian, the late ancient architect of Christian monasticism, while her upcoming book, “Foucault the Confessor,” delves into Foucault’s fascination with early Christian texts in his turn to ethics.

“Foucault provides a critical framework for coming to the question that motivates our shared inquiry: ‘How do we live in a world of crisis?’” Clements said.

As Faubion notes in his introduction to “Foucault Now,” Foucault’s approach is “critical,” and is by Foucault’s own account “genealogical” in its design. As Foucault puts it, his approach does not "deduce from the form of what we are what it is impossible for us to do and to know," but rather separates out, "from the contingency that has made us what we are, the possibility of no longer being.”

Still, “his work remains suggestive of where we can take this project of theorizing ethics and resistance to structural oppression in the present and the future,” Clements said.

Foucault’s Confessions, May 4-June 3, Tuesdays and Thursdays at 11 a.m., free and open to the public. For more information and to registration, visit foucaultsconfessions.org.

Thursday, May 6
Peter Brown: In Conversation

Tuesday, May 11
Philippe Chevallier: “The Birth of Confessions of the Flesh”

Thursday, May 13
Mark Jordan: “Lust in Paradise: On the Origin of Sexualized Selves”

Thursday, May 27
Daniele Lorenzini: “Foucault’s Genealogy of Modern Knowledge About Sexuality: From São Paulo to Confessions of the Flesh”

Tuesday, June 1
Martina Tazzioli: “‘If the Truth is Turned Against the Colonised’: Exhaustive Verbalisation and the Impossibility of Truth-Telling”