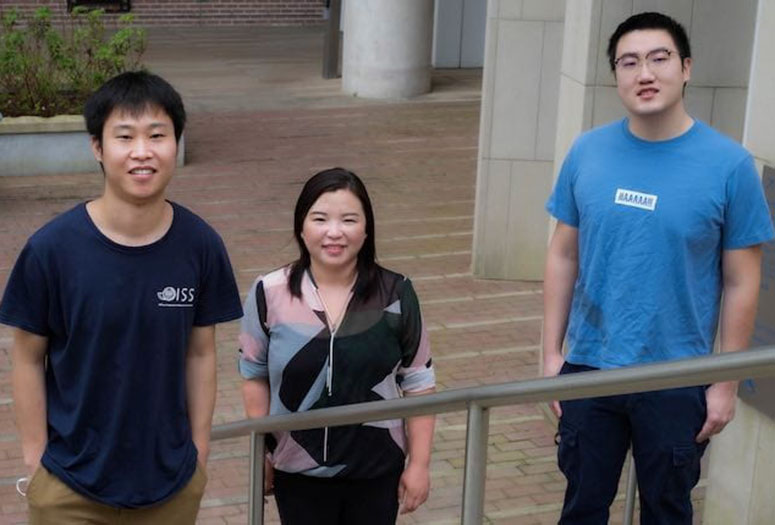 The agency awarded Gao a four-year R01 grant of more than $2 million to adapt tools developed by her lab that increase the accuracy of CRISPR/Cas9-based gene editing to repair mutations responsible for the disease that affects 70,000 people worldwide.

Cystic fibrosis is a hereditary disease that could be caused by single-point mutations in the cystic fibrosis transmembrane conductance regulator (CFTR) gene that normally regulates chloride and bicarbonate transportation.

Medications for the disease merely help treat the symptoms and have to be taken for a lifetime, said Gao, the T.N. Law Assistant Professor of Chemical and Biomolecular Engineering and an assistant professor of bioengineering and of chemistry.

“The problem is CFTR is a huge gene,” she said. “Researchers have checked genetic mutations in this specific gene, and they found there are more than 2,000 variations. Not all of them lead to the disease, but it’s believed more than 350 of the mutations cause cystic fibrosis.”

While gene therapy often aims to replace an entire faulty gene with a good one, Gao’s tools are intended to correct single-point mutations. “Because the gene is so large, it’s difficult to use gene therapy to deliver a good copy of CFTR and restore the function,” she said. “The technology we want to use is called gene editing. Instead of replacing a gene, we are trying to fix it.”

Gao has experience with the concept, having developed gene editing to treat hearing loss from genetic mutations, as described in a 2018 Nature paper. Her 2020 paper introduced tools to fix inadvertently adjacent cytosines in DNA. The editor converts these “bystander Cs” to thymine to repair the mutations.

That work led directly to her plan to repair CFTRs. Gao would employ a nickase Cas9 base editor that cuts one side of double-stranded DNA rather than both for the sake of accuracy and to lessen the risk of off-target edits.

“We also want our base editors to be able to do multiplex editing, because in a given patient gene, there are many different single mutations at various positions,” she said.

“And it’s not just for treatment,” Gao said. “It will also allow us to create a library of cystic fibrosis cell lines we can use to study whether small molecule drugs are effective. We want to achieve a more personalized gene therapy for cystic fibrosis as well as for many other genetic diseases.”