Behind the scenes: What does a dramaturg do? 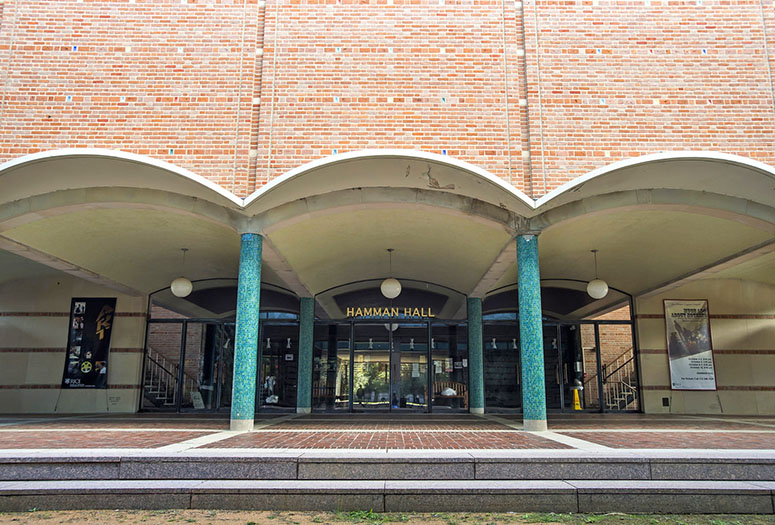 When a script is as densely packed with wordplay, cultural references and allusion as Eric Overmyer’s play “On the Verge,” a dramaturg really comes in handy.

What’s a dramaturg? That’s what Rice doctoral candidate Nina Cook found out firsthand after she was approached about taking on the assignment for this semester’s Rice Theatre production of the play, running Oct. 8-10 at Hamman Hall.

Cook, who’s pursuing her Ph.D. in English with a concentration in 19th-century British literature and culture, had never heard of a dramaturg. She learned the position involves researching a script, contextualizing the play and creating a guidebook that actors can use to better interpret their roles and improve their dialog, among other things. The job description piqued her interest, and soon enough Cook was creating a dramaturgy packet for the very first time.

“The way I thought about it was kind of like being a research librarian for a specific artifact, so now I know everything about this play, what all the words mean, how it was received by the public, who wrote it, who he is and why he’s doing this,” said Cook, whose dramaturgy packet has already been well utilized by the actors, director Emily Wells and Rice Theatre program director Christina Keefe.

“Every show should have a dramaturg,” said Keefe. “It doesn’t matter if the show is contemporary or not, there’s always history and there’s always context.” Even such famously stripped-down and elemental plays as “Waiting for Godot,” she said, benefit deeply from the interpretive work of a dramaturg.

Cook’s academic specialization in 19th-century British culture made her ideal for researching “On the Verge,” in which three Victorian-era women explorers time-travel forward in history through the 1950s.

“It’s a play about language, so I wanted to have an essay with some resources for the actors about different theories of language,” said Cook. “And because I love the 19th century, Christina and Emily recommended having some stuff about etiquette and women travelers during that time period. So I was able to find resources from museums, for example, with pictures of the clothing people would have worn.”

Joseph Campana, the William Shakespeare Professor of English, said the English department had been talking about creating different humanities internships and practicums for their graduate students when he had a fortuitous meeting with Keefe one day on campus.

Campana and Keefe have worked together on previous Rice projects, including co-teaching “Is All the World a Stage?” a Big Questions course in the School of Humanities on drama and theater in our everyday lives. But they’d never collaborated on dramaturgy.

“Christina mentioned she was not sure who was going to be the dramaturg for the next production and I thought, ‘Oh, OK, who do I know that's interested in theater and Victorian culture?’” Campana said. Having worked with Cook a number of times in the past, Campana thought she’d be a natural fit for the position — and he was right.

“Sometimes it's just about looking across the quad and realizing that you have colleagues elsewhere,” he said. “It's a nice way of working internally, which I think is important.”

In “On the Verge,” Lovett College sophomore Emma Korsmo plays a lead role for the first time at Rice. Despite double majoring in English and theater, Korsmo said the language in the play made for tough reading the first time around.

“I was like, ‘What is happening?’ I didn't know what my character was doing. I was just kind of saying these words like ‘palaver’ and I could have been saying anything,” Korsmo said. “And when they gave us the dramaturgy packet and I went through and read it, I was like, ‘Oh, my gosh, I understand things now.’”

In addition to fleshing out the character of Fanny in her head, Korsmo said Cook’s dramaturgy packet has given her the boost in confidence that comes with a richer understanding of the material she’ll be performing in October.

“Nina has been our personal dictionary,” Korsmo said. “She is amazing.”

For her part, Cook has learned a lot too — especially about the range of careers out there for English Ph.D. students.

“This is one of my favorite jobs I've ever done, and so it's just exciting to know that there are other things out there that my skills have prepared me for,” Cook said. “The skills you learn in the English department are transferable to other careers.”