8 selected for Rice Alumni board; president and president-elect announced 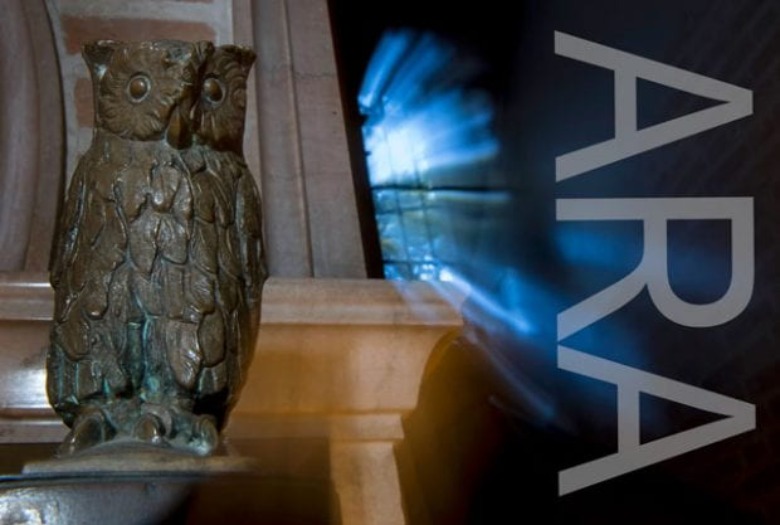 Shankle ’86 is a legal consultant in the energy industry and has worked for various corporations including Texaco, Enron, Technip and Chevron. She graduated from Rice with a bachelor’s degree in political science and earned a Master of Education degree from Texas Southern University and a Juris Doctor degree from the University of Houston. She has worked with the Rice Alumni Volunteers for Admissions and served as a member of Rice University Business and Professional Women, including on its nominations committee. She is active with the Association of Rice University Black Alumni and is a co-chair for the Class of 1986 Reunion Giving Committee. Additionally, Shankle has dedicated her time to many local organizations in various capacities over the years.

Bell ’87 is an attorney experienced in employment law, ethics and compliance, and diversity, equity and inclusion. Bell holds a bachelor’s degree in English from Rice and a Juris Doctorate from the College of William & Mary. Her bar experience includes serving as the assembly speaker for the American Bar Association’s Young Lawyers Division, president of the Austin Young Lawyers Association and vice chair of the Austin Bar Foundation. She is a past board chair of Leadership Austin and has served on the executive committee of numerous nonprofit organizations including the Long Center for the Performing Arts and the Junior League of Austin. Bell has been active with the ARA, serving as an alumni interviewer, founder of Rice Attorneys in Austin, co-chair for her class reunion committee during the Rice Centennial, past president of the Rice ARA chapter in Austin and as a member of the ARA board of directors. Most recently, Bell served as co-chair of the inaugural ARA Diversity, Equity, Inclusion and Social Justice Committee. Bell is the recipient of the Junior League of Austin’s 2021 Volunteer Extraordinaire Award, the Austin Bar Association’s Joseph C. Parker Jr. Diversity Award, the Mission Capital Community Leader of the Year Award and the Austin 40 Under 40 Mentor of the Year Award.

San Pedro ’12 received his master’s degree from Yale University in American studies with a focus in material culture and built environments. During his time at Rice, San Pedro wrote for The Rice Standard and was a member of Hanszen College’s Ambience Committee, Silver Spoon Society and New Section Advisory Board. As an alumnus, he has interviewed prospective students with Rice Alumni Volunteers for Admission, served as the head of the young alumni group for the Dallas alumni chapter, welcomed newly admitted students at the Dallas summer send-off, written pieces for OffCite, The Rice Thresher and Rice Center for Career Development, and is a member of Rice Parliament. He has also served as the Young Alumni Coordinator for the Yale Club of Dallas. He is currently a project manager at Lockton Dunning.

Chaoul ’06 is the Huffington Foundation Endowed Director of the Mind Body Spirit Institute at the Jung Center of Houston. He holds a doctorate in Tibetan religions from Rice and has studied in the Tibetan tradition since 1989, including training in Triten Norbutse monastery in Nepal and Menri monastery in India. He has been teaching meditation classes and Tibetan yoga workshops internationally under the auspices of Ligmincha International. In 1999 he began teaching these techniques at the Integrative Medicine Program of the MD Anderson Cancer, where he holds an adjunct faculty position and for the last 20 years has conducted research on the effect of these practices on people with cancer and their caregivers. He is also an adjunct faculty member at the University of Texas’ McGovern Center for Humanities and Ethics and has taught at Rice, the University of Houston and the University of Maryland, Baltimore. In addition, he has collaborated in the area of interfaith and contemplative practices at Houston's Rothko Chapel and the Boniuk Institute for Religious Tolerance at Rice.

Good ’98 and ’06, a longtime consultant, has traveled around the world helping organizations grow and achieve their fullest potential. Good has remained engaged at Rice over the years, co-chairing the Class of 1998's Alumni Giving Committee for her 10- and 20-year reunions, serving as an alumni mentor for the Rice Business Women's Organization and chairing the Baker 61derful anniversary event in 2018. A native Texan, Good is active in the community as a youth soccer coach and a founding board member of the Houston Girls’ Hockey Association.

Brigman ’18 is the Director of Portfolio Success at ATX Venture Partners, where she is focused on enabling the growth of high-impact startups. Previously, she served as a fund Principal for a food and AgTech investment firm. Brigman founded and led the internal Diversity, Equity and Inclusion Committee and is committed to increasing representation of underrepresented founders in venture capital. As an alum of the Venture for America (VFA) fellowship, Brigman now serves on the VFA Alumni Board as the Affinity Group Coordinator. Her degree from Rice is in economics with minors in global health technologies and sociology. She has served as the Social Committee Chair for the Society of Rice University Women, an interviewer with Rice Alumni Volunteers for Admission and as the Owlmanac Recorder for the Class of 2018. Brigman served as a panelist and informational interviewer through Gateway OwlConnect and the Rice 360 Institute to help current students learn more about the numerous career possibilities post Rice. While at Rice, Brigman served in a variety of positions, from Sid Richardson College’s Beer Bike coordinator to president of the Rice Wesley Foundation fellowship.

Leal ’03 is a banker at Bank of America Securities' Global Corporate and Investment Bank, where he advises clients in the technology, media and telecom industries. Prior to his career in finance, Leal worked in the semiconductor and software industries in various leadership roles. At Rice, Leal has served on reunion committees, including as co-chair of his 15-year reunion, is a volunteer with the Rice Alumni Volunteers for Admissionand is a member of the Society of Latino Alumni at Rice. A native of South Texas, Leal has a bachelor's degree in electrical engineering from Rice and an MBA from the Tuck School of Business at Dartmouth College.

Lundin ’00 has dedicated more than two decades to making a difference in the lives of students and families on the local, state, national and international levels. He served as president of Wiess College as well as captain of the George R. Brown Forensics Society, himself ranking as a national debate champion. Beginning 20 years ago as a bilingual elementary school teacher in inner-city Houston, Lundin has dedicated himself to advancing educational opportunities for students as a leader on the classroom, campus, district and governmental levels. He most recently served as assistant commissioner of the Tennessee Department of Education, responsible for policy and oversight of more than 600 schools across the state. Prior to that, he served in senior leadership positions with multiple urban districts charged with leading the transformation of more than 50 elementary and secondary schools, founded his own high-performing college preparatory school devoted to low-income students and families, led an international organization serving schools in impoverished communities, and trained hundreds of aspiring educators as a faculty member at Rice and the University of St. Thomas. In addition to his undergraduate degree from Rice, Lundin holds a master’s degree in bilingual and English as a second language (ESL) education from the University of Saint Thomas and a doctorate in educational leadership from Vanderbilt University.

Dixon ’97, managing partner for Athenian Group, has over 15 years of consulting and management experience with companies ranging from Fortune 500 to startups in multiple industries. Dixon specializes in improving profitability through financial analysis, strategic operations planning, business process improvement, strategy development and transactions services. Dixon began his career in investment banking, where he became grounded in the fundamentals of analyzing complex financial, operational, organizational and cultural issues of large institutions. He worked at Deloitte Consulting, where he managed domestic projects as well as international engagements. Most recently he’s overseen a complex $300 million Fortune 500 global business transformation.

Morrison ’13 is an entrepreneur with a background in finance and engineering. Morrison is the founder and managing partner of Optio Ventures, a boutique advisory and venture firm that helps founders launch and raise capital for early-stage startups across various industries, with a primary focus on health care. Morrison is also CEO and co-founder of Avesta76 Therapeutics, a biotech startup focused on developing new treatments for multiple types of cancer. With deal volume experience exceeding $10 billion across a diverse set of transaction types, Morrison has a decade of experience working both with startups and in finance as an entrepreneur, strategic adviser and investor. At Rice, Akash studied electrical engineering and participated in various club sports and Will Rice College student government. In 2012 and 2013, he co-founded the OwlSpark accelerator.