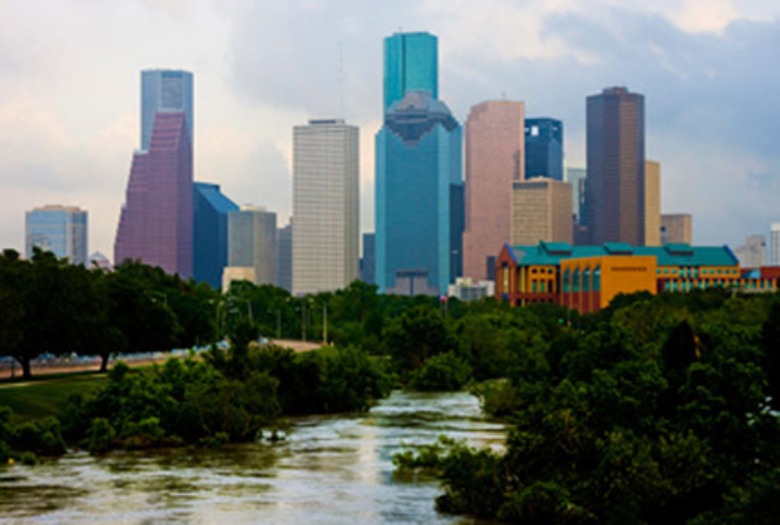 The COVID-19 pandemic has brought an array of challenges, but Houstonians remain optimistic about their personal futures, according to the 2021 Kinder Houston Area Survey. In the wake of the murder of George Floyd, Houston’s usually positive feelings about race relations are on the decline. And more people than ever want the government to play a bigger role in solving the country's problems and addressing the growing inequalities.

Public health concerns, which rarely registered in previous surveys, were cited as the biggest problem facing Houstonians this year, with 25% of respondents mentioning the pandemic or health-related issues. Twenty percent said the economy was the biggest problem, up from 13% last year. Only 14% cited crime, and traffic dropped to 13%, down from 30% last year.

Fifty-eight percent of Blacks and 66% of Hispanics said they had to risk exposure to the coronavirus to keep their jobs during the past year, compared with 41% of Asians and 36% of whites. In addition, Blacks and Hispanics were more likely (at 73% and 67%, respectively) to know someone who was hospitalized with or died as a result of having COVID-19, compared with whites (57%) and Asians (40%).

Mental health issues were cited as a problem in equal numbers across ethnic communities. More than half of the respondents in all four groups reported feeling more stress and experiencing more emotional problems during the past year compared with a year ago.

Jobs and the economy

After the economic shutdown triggered by the pandemic, the percentage of Houston-area residents who had a positive view of the local job market dropped slightly, to 61% this year from 68% in 2020. Only 21% reported their economic situations were getting better, down from 34% in 2020, and for the first time in the 40 years of the survey, more respondents (25%) said their financial situations were getting worse than getting better. In addition, Blacks and Hispanics were more likely than Asians and whites to have experienced a loss of income and to have received help from government programs in the past year.

Klineberg and Bozick emphasized the deep inequalities among Houstonians when it comes to accessing basic resources. More than a third of all survey respondents indicated they would not be able to come up with $400 to meet an emergency expense, 25% said they had no health insurance and 28% had significant difficulty paying for housing. All these hardships were far more prevalent among Blacks and Hispanics than whites and Asians, the report showed.

However, despite the challenges stemming from the pandemic, Houstonians remain optimistic about the future. When asked how they thought they would be doing 3-4 years down the road, the survey participants were just as confident today (at 57%) as they were in past surveys that better times lie ahead.

In the year following the murder of George Floyd, positive ratings of relations among ethnic groups in the Houston area declined across the board, especially among Blacks. Whites and Hispanics were significantly more likely than in previous years to agree that Blacks are still a long way from having the same opportunities in life as whites. And the number of people who said the criminal justice system is biased against Blacks increased to 54% from 32% in 2015, when the question was last asked.

The deepening sensitivity to discrimination was also evident in several questions asked for the first time this year. Blacks were far more likely than whites or Hispanics to assert that people often seem suspicious of them simply because of their race, that they are frequently discriminated against in Houston and that they are often unfairly stopped by the police.

More white respondents than in previous years — 88% — supported allowing the children of undocumented immigrants to become U.S. citizens, up from 76% in 2013. In addition, 74% in this year’s survey said the U.S. should admit the same number of immigrants or more in the next

10 years as in the last decade, and 69% support a path to citizenship for immigrants living in the country illegally.

Eighty-five percent of the survey participants said the government should do more to solve the country's problems and 58% said government has a responsibility to help reduce the inequalities in America. In addition, 80% of the people surveyed said most people living in poverty in the U.S. today are poor because of circumstances they can’t control.

Nearly four years after Hurricane Harvey hit Houston, area residents were less likely than in previous surveys to say it’s virtually certain the region will experience more severe storms in coming years (59% in 2021, compared with 81% in 2018 and 2020). At the same time, 71% supported prohibiting additional construction in Houston’s flood-prone areas. And more of those surveyed than ever before — 85%, up from 74% in 2020 — said the area needs better land-use planning to guide development and disagreed that people and businesses should be free to build wherever they want.

The number of religious Houstonians continues to decline, with more people than ever indicating they are not part of any faith tradition (22% today, compared with 8% in 2008) and do not consider religion to be an important part of their lives (26%, compared with 10% in 2008).

Harris County residents are becoming more aligned with the Democratic Party. Between 1984 and 2005, the people who were surveyed were split evenly between the two major parties, but since then, the proportion of Democrats has grown significantly. This year, 45% of those surveyed said they felt closer to the Democratic Party and only 25% affirmed support for the Republican Party.

Who controls the White House continues to determine how Republicans and Democrats feel about the future of the country. The percentage of Republicans who thought the country was headed for better times collapsed by 50 points after Biden’s election, dropping from 69% in early 2020 to 19% this year. In contrast, the number of Democrats who felt better times were in store grew from 38% last year to 58% in 2021.

"This is a powerful reflection of the growing partisan divides that make concerted action so much more difficult to achieve in today’s America," the report read.

Interviews for the 40th annual Kinder Houston Area Survey were conducted between Jan. 18 and March 29, 2021, by the National Opinion Research Center at the University of Chicago. The survey reached a representative sample of 1,051 adults living in Harris County, of whom 84% completed the survey by web and 16% by telephone. The report is available online at https://kinder.rice.edu/.