Yvette Pearson: I can't breathe — and this is why 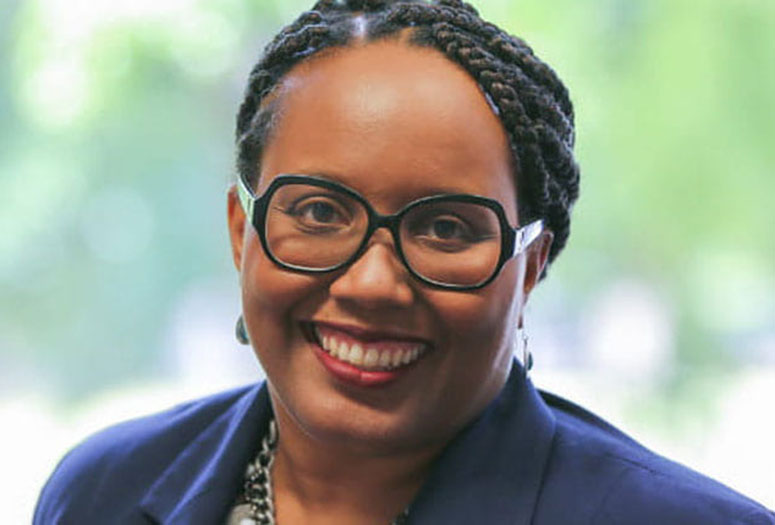 I have been absolutely overwhelmed by the events in our country this past week. As everyone knows, but not all are willing to acknowledge, what we’re seeing and experiencing started long before we knew the names George Floyd, Breonna Taylor, Atatiana Jefferson, Eric Garner and so many others. I decided to write this article as an outlet for the stress and the pain I feel and to share insights that will inform people who have not had these experiences with the hope of motivating change. I am not writing this as a representative of Rice University or the American Society of Civil Engineers. I write this as a black woman in America. The mother of a black child. The daughter of black parents. The sister, aunt, niece and cousin of black men, women and children.

As I drive to and from work every day (pre-coronavirus stay-at-home orders), on road trips, etc., I am constantly mindful of what I should and should not do in the event that I’m stopped by police. I wonder if I’ll be shot for reaching for my crutch to get out of the car. My mother worries about me being killed for not raising my arms if asked — or commanded. You see, I’m disabled. I have limited mobility and I can’t raise one of my arms. One of my hands stays in a fist. I was born with cerebral palsy. It’s been that way all my life. So the thought of the very real possibility of being killed for “resisting” or for an officer feeling “threatened” because of my limitations raises deep concerns every time I get into a vehicle.

Many of you are thinking this will never be a problem if I don’t do anything to get stopped, and you’re wrong. I, like countless other black people, have been stopped for driving while black (DWB). Years ago I was stopped by two white police officers on a dark, deserted section of I-10 between Houston and Baton Rouge, Louisiana (when I was younger and my limitations were not as severe as they are now), ordered to get out of my car, and when I asked (calmly) why I was being stopped, there was no response. My mom, who was in the front passenger seat, started to get out of the car asking what was going on with her daughter, and the cops yelled at her with utter disrespect. How do I know I was stopped for DWB? I was not given any citation — not even a warning. Before finally letting me get back into my car, one of the officers said they couldn’t tell if my license plate was a Southern University or a Louisiana State University plate. Translation: DWB.

During that same year my brother was stopped in Baton Rouge for DWB by a white officer who held a gun to his head, yelled at him, called him a n*, and threatened to shoot him if he even so much as looked at him. Again, no citation, no warning. DWB. It frightens me to think that if my brother had asked a simple question about why he was being stopped, he would not be with us today. And the officer would have certainly come up with a lie and he would have been believed because cameras were not ubiquitous at that time. And now, even though they are, cops still get away with murder.

Years later, when my brother moved to Dallas, he was stopped again for DWB. He was headed to a friend’s house and was stopped, handcuffed and forced to sit on the curb while the officer searched his car and ran his license all while saying things like, “You need to tell me if you have warrants. Are you sure you don’t have any warrants? Why do you have all these clothes in the back of your car?” It’s very clear that this officer stopped my brother because he was fishing for an arrest, and he assumed a young black man would have warrants. And if having a junky car was a crime, lots of folks would be in trouble. Again, no citation, no warning, nothing. After yanking him up from the ground by his arm, hurting his rotator cuff, the officer ultimately told my brother the light above his license plate was out. And for a black man, that results in a traffic stop, being handcuffed, and a vehicle search. Translation, DWB.

When I see situations like those with Floyd and so many others, I think, “There, but for the grace of God go I, or my brother, or my friends.” For this reason, our conversations with our children are different from most people’s. I recall telling my daughter at a very young age — as young as 3 years old — not to open her little purse when we’re in a store because there was a possibility that while she was taking something out she might be falsely accused of putting something in. Fast forward about a decade (give or take) and “the talk” came. Not the talk that all parents have with their kids as they enter puberty; rather, the talk that nearly every black parent has with their children at some point, many before they are out of elementary school — what to do and what not to do if stopped by the police. Don’t get me wrong; I am not saying all police are bad. Also, not all bad police are white. I have known several good cops, some of whom are family members or family friends; and I’ve been happy to see countless officers speak out against the officers in Minneapolis and who have joined in the protests. I have also known bad black cops. The problem is that the system has failed to root out the bad seeds on the police force; not only the perpetrators of crimes like those against Floyd, but also the people who protect them. Thus, the problem persists. And it leads to other problems.

Look at the situation with Amy Cooper in Central Park. Had Christian Cooper not been videoing her, that incident could have had a very different outcome. Things like this happen because based on the history of racism in this country, people know that they can bring utterly false accusations against black people and be believed. Too many black people, especially black men, have been arrested, imprisoned, executed on death row, hung, shot and otherwise slaughtered because of false accusations. When will it end? When will false accusations like Amy’s become illegal? On the surface, it may seem small to some; however, given the painful examples from our history in America, Mr. Cooper could very well have lost his life because of false accusations from a white woman.

This systemic racism manifests itself throughout the fabric of our society, including on college campuses. There have been numerous incidents of police being called for black students and faculty who were just going about their days, and in most cases, nothing was done to punish the people who made the calls and the false accusations. Here are links to some examples that have occurred very recently (not all were white perpetrators):

Some of the callers/false accusers got what essentially amounts to a slap on the wrist and were “forced” to do some type of diversity training. I believe this type of misbehavior will continue until laws are passed that make these types of calls and false accusations illegal and accusers are punished for what they do. All of the incidents I shared above occurred on college campuses or involved college students engaged in campus-sanctioned activities. This shows me, my daughter, my brother, my niece and nephews and my colleagues who are black that neither our education, nor the neighborhoods we live in, nor anything else matters to people who hold deep-seated hatred for black Americans. And little has been done by our leaders to hold them accountable for their wrongdoing and to put policies and practices in place to deter this behavior in the future.

Like a lot of parents who have children on the verge of transitioning to college, I’m thinking about the best schools for my daughter to attend — schools that are a good fit for her, schools that offer strong programs in her area of interest, what the cost of attendance is, what scholarship opportunities there are, whether she’ll attend a university near home or far away, and how we’ll both adjust to her being away from home. As a parent of a black child, I also have to ask questions like: Is this a campus where my daughter will be safe, not just as a woman, but as a black woman? Will the police be called because someone thinks my daughter “seems out of place” in her dorm or anywhere else on the campus? Will she be able to sit in a campus coffee shop without being harassed? Will she have an equal and equitable opportunity to succeed?

As blacks, most of us have to work twice as hard to get half as far as our nonminority peers; and we have to do that with the added stress of what we face in society every day, wondering if going about a normal day might ultimately cost us our lives or our loved ones their lives.

Over the past week, I’ve received questions about what we can do to change things. Of course, change will not happen overnight, but here are a few thoughts on how we can move in a positive direction toward effecting the change that is needed.

And finally, I offer this. I think any good-hearted, compassionate human being is hurt by what we’ve seen in America. I also believe that sometimes things do not impact us as much as they should unless they are happening to us or to someone we love or care about. I say that to admonish you to examine your network — personally and professionally. If it looks too homogeneous, expand it. There are people in this country who have never engaged with others outside of their race, and that’s unbelievable. Get to know people who have identities, cultures and experiences different from your own. Really get to know them. Open up so they’ll get to know you. Become part of each other’s lives. If more people do this, fewer will be numb to the experiences of others. When things “hit home” people are more likely to take action for change.

I hope this helps.

Yvette Pearson is associate dean for accreditation, assessment and strategic initiatives at Rice's George R. Brown School of Engineering. A Fellow of the American Society of Civil Engineers, she is recognized for more than two decades of contributions to engineering education and research. One of her key focus areas is broadening the participation of students from excluded identities — minorities, females and persons with disabilities — in STEM education and careers. This essay was originally published on LinkedIn.