Social Sciences turns 40: A look back 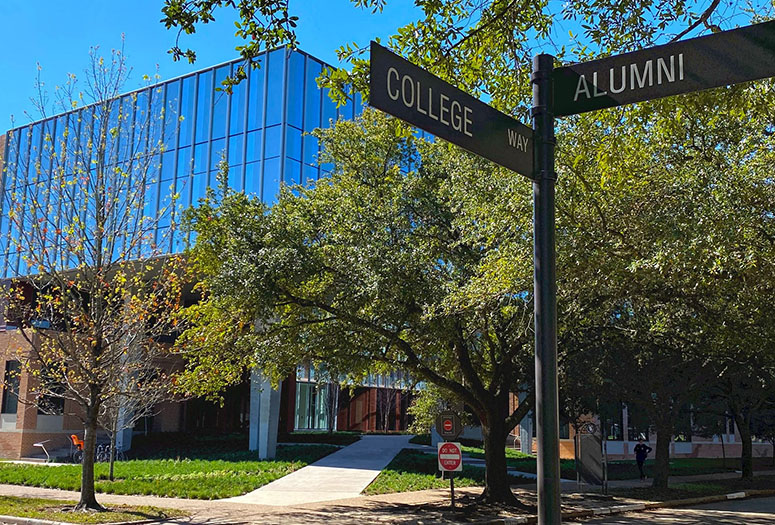 More than a third of Rice undergraduates major in the social sciences, making it tough to imagine that Rice's School of Social Sciences didn't exist 40 years ago.

Interim Dean Susan McIntosh, the Herbert S. Autrey Professor of Anthropology, has had a front-row seat when it comes to witnessing the changes within the school. She has been a member of the faculty since 1981, arriving just two years after then-Rice President Norman Hackerman announced the separation of the social and behavioral sciences from the humanities.

“At that time, all social sciences departments were housed in Sewall Hall, along with art history, Sewall Art Gallery and the Shepherd School of Music in the basement," McIntosh said. "The school’s growth since then has been truly impressive. Not only has our faculty increased in size, but our focus has expanded beyond basic research to engage increasingly with applied research aimed at solving pressing social problems."

James Pomerantz, professor of psychological sciences who served as Elma W. Schneider professor and dean of social sciences from 1988-1995, praised Rice’s presidents and provosts during that period, particularly on the key component of faculty support, which "allowed us to recruit top-caliber researchers and teachers and to expand both in numbers and in quality."

And expand it has. The school has experienced dramatic growth, from 38 full-time faculty in 1979 to 85 full-time, tenure-track faculty and 17 full-time lecturers in seven academic departments today: anthropology, economics, linguistics, political science, psychological sciences, sociology and sport management. The school currently counts 1,167 undergraduate students and 253 graduate students, and more than 1,200 declared majors and 100 minors.

"There's such a great demand in today's world for evidence-based solutions to the challenges we face," said Antonio Merlo, the Anne and Joel Ehrenkranz Dean of New York University's Faculty of Arts and Science, who served as dean of social sciences at Rice from 2016-19. "I think Rice's School of Social Sciences is doing a really remarkable job of delivering graduates that are ready to meet this demand."

This year, the school celebrated the dedication of its new home, the Patricia Lipoma Kraft ’87 and Jonathan A. Kraft Hall for Social Sciences.

Robert Stein, the Lena Gohlman Fox Professor of Political Science, served as interim dean of the school from 1995-96 and dean from 1996-2006. He noted that Social Sciences has moved from largely a teaching school covering a lot of coursework to a place where faculty and students have excellent opportunities to do original research that has an impact beyond the hedges.

"People have realized over the years that the Houston metropolitan area is a great laboratory for theoretical and applied research," Stein said. "They can address real problems with academic work that makes a difference."

This has fed into the school's success, from achieving high academic rankings and attracting top students to research dollars and reputation, he said.

"I think what the social sciences by and large have going for them is that people are truly interested in them," Pomerantz said. "They are far more interested in social sciences content than the content of any other single discipline. If you look at the New York Times and look at their top stories, they're almost all about human behavior in one way or another. That's what people want to see, it's what people want to hear about."

"Social sciences are at the core of what Rice does well — it's such an important bridge between the important work done in the sciences and work that is done outside of the university," said Lyn Ragsdale, dean of the school from 2006-16. "It's the bridge connecting the university with the outside world, and translating this very important research that makes our world better."

For a look at the history of social sciences at Rice, visit https://bit.ly/2TteI4x. To keep up with what’s new at the school, visit http://socialsciences.rice.edu/.