Shepherd School's Robert Yekovich to step down as dean, return to faculty 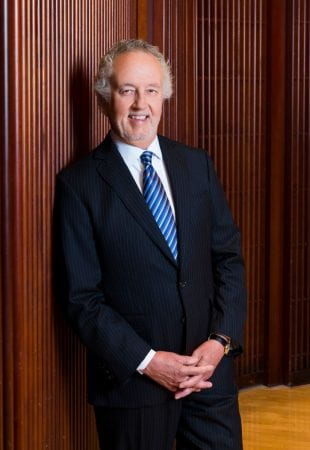 After 18 years of service helping build Rice University’s Shepherd School of Music into an internationally renowned program, Dean Robert Yekovich will step down from his position June 30, 2021, and return to the faculty.

"My years as dean have been the highlight of my professional career and an absolute privilege," Yekovich said. "I have had the distinct honor of working with some of the most gifted students and faculty there are and collaborating with a number of the world’s highly renowned artists and performing arts organizations. It is gratifying to know the school will continue producing top-rank musicians and pedagogues who will perform and teach at the most celebrated concert halls, opera houses and academic institutions throughout the world."

Since joining the Shepherd School in 2003, Yekovich, who is also the Elma Schneider Professor of Music, has overseen the appointment of a significant number of nationally and internationally renowned studio faculty, artist teachers and scholars. Under his watch the school’s endowed and annual gift funds have grown dramatically, particularly in merit scholarships, leading to major advances in the orchestra, opera and chamber music programs and building the Shepherd School into what it is today.

“Bob is an inspirational leader who has taken the music school to new heights of excellence during his tenure as dean,” said Rice Provost Reginald DesRoches. “The Shepherd School’s standing as one of the premiere music programs in the world is in no small part due to Bob’s vision and expertise, both of which will continue to impact the school for years to come.”

“It has been an extraordinary pleasure to work with Bob for over 16 years of his soon to be 18-year tenure as dean," said Rice President David Leebron. "He has taken the Shepherd School of Music to new heights, both figuratively and literally. He has recruited the very best faculty and students from around the globe and built amazing facilities worthy of them. He has led the school with unsurpassed vision while also being a constant contributor and valued adviser to the university. Rice University and the city of Houston are deeply indebted to Bob for truly embodying President Lovett’s founding aspiration of setting 'no upper limit' on our distinction and achievements.”

Yekovich led the planning and execution of two memorable evening galas. In 2005, “The Year of the Orchestra” celebrated the school’s 30th anniversary with a performance by the legendary violinist Itzhak Perlman in collaboration with the Shepherd School Symphony Orchestra. In 2009, another gala paid tribute to internationally renowned soprano Renée Fleming in association with the school’s orchestra and opera programs. The two galas combined posted record-breaking fundraising numbers for endowed merit scholarships.

Yekovich was also at the helm during the Shepherd School Symphony Orchestra's two East Coast tours, which culminated in the orchestra's premiere performances at New York's Carnegie Hall.

“This distinct privilege of appearing at Carnegie Hall affirms the Shepherd School’s rank within the highest echelon of collegiate-level orchestral programs," Yekovich said shortly before the orchestra's first tour. "Such an honor speaks to the exceptional artistry of our students and faculty.”

Under Yekovich's leadership, the Shepherd School has offered outstanding educational and performance opportunities, including the recently completed partnership with the New York Philharmonic’s Global Academy, The Conservatory Project at the John F. Kennedy Center for the Performing Arts in Washington D.C., an educational relationship with the music division of the Library of Congress and the launch of an exchange program with the Hochschule für Musik und Theater Felix Mendelssohn-Bartholdy in Leipzig, Germany. In addition, Yekovich collaborated with Rice Public Art to utilize the Turrell Skyspace as a first-of-its-kind performance and digital audio space.

Over the past 10 years, Yekovich oversaw the design, construction and overall fundraising effort for the Brockman Hall for Opera, a state-of-the-art facility that houses the 600-seat Lucian and Nancy Morrison Theater. Completed in July 2020, the hall combines with Alice Pratt Brown Hall and a connecting plaza to form the new Brockman Music and Performing Arts Center.

Plans for conducting a search and selecting the next dean are now underway.