New technologies to support senior living will be developed with funding from three new grants, two of which have been awarded to teams featuring Rice University researchers. 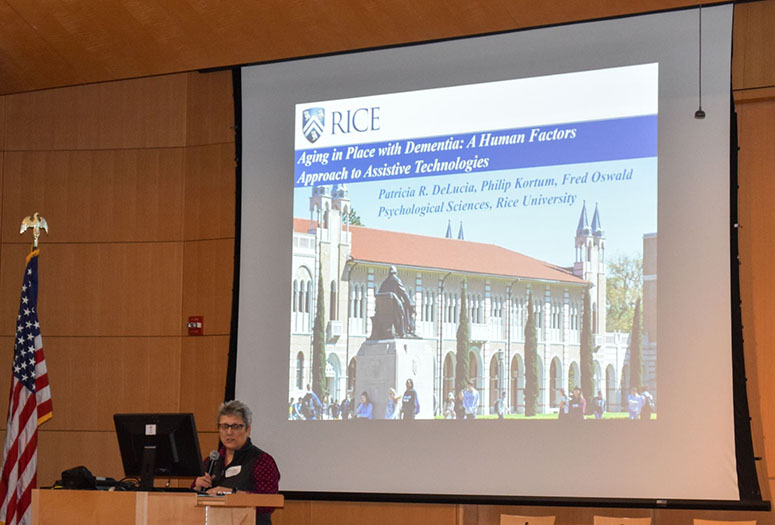 New technologies to support senior living will be developed with funding from three new grants, two of which have been awarded to teams featuring Rice University researchers.

The Internet of Things and Aging-in-Place Seed Grants, jointly funded by Rice ENRICH and UTHealth, were created to support interdisciplinary teams from multiple institutions that will work together to test ideas, gather critical information and lay the groundwork for larger grant applications in the future.

"The Rice ENRICH office serves to facilitate collaborations of Rice faculty with those at TMC (Texas Medical Center) institutions," said Marcia O'Malley, a professor of mechanical engineering at Rice and an adviser to the provost for Rice ENRICH (Educational and Research Initiatives for Collaborative Health). "Our recent engagement with UTHealth and the seed funds awarded demonstrates Rice’s commitment to building lasting relationships in the TMC community."

The first funded project, "Aging in Place with Cognitive Impairment: Toward User-Centered Assistive Technologies," will identify and assess the needs, availability and usefulness of assistive technologies among white, Hispanic and African American patients with mild cognitive impairment to moderate dementia. Pat DeLucia, a professor of psychological sciences at Rice, will serve as principal investigator. Fellow department members Philip Kortum, an associate professor, Stephanie Leal, assistant professor, and Fred Oswald, professor, will serve as co-investigators. Barbara Hekel and Sabrina Pickens from the UTHealth Cizik School of Nursing will serve as co-principal investigators.

The second project, "Facial and Body Motion Technology to Detect Psychosocial Distress in Stroke Survivors and Informal Caregivers Living at Home," is a pilot study that will recruit stroke survivors and their informal caregivers to help test technologies in a simulated home environment and look for signs of psychosocial distress, which can contribute to poor health outcomes. Christopher Fagundes, an associate professor of psychological sciences at Rice, will serve as a co-investigator for the project, which will be led by principal investigator Jennifer Beauchamp from the Cizik School of Nursing and co-principal investigator Shayan Shams from the UTHealth School of Biomedical Informatics.

For the third project, "An AI-powered chatbot for supporting the medication information needs of older adults," researchers aim to develop a voice-activated system that could be integrated into smart assistants such as Amazon's Alexa, Apple's Siri, Google Home devices or others to answer medication-related questions.

Preliminary research for the projects will be conducted in The Smart Apartment, a living laboratory on the UTHealth campus equipped with sensors, monitors, robots and other devices. The researchers will identify technologies that can help monitor self-management of chronic diseases and detect health and behavior changes in adults who are aging and disabled.