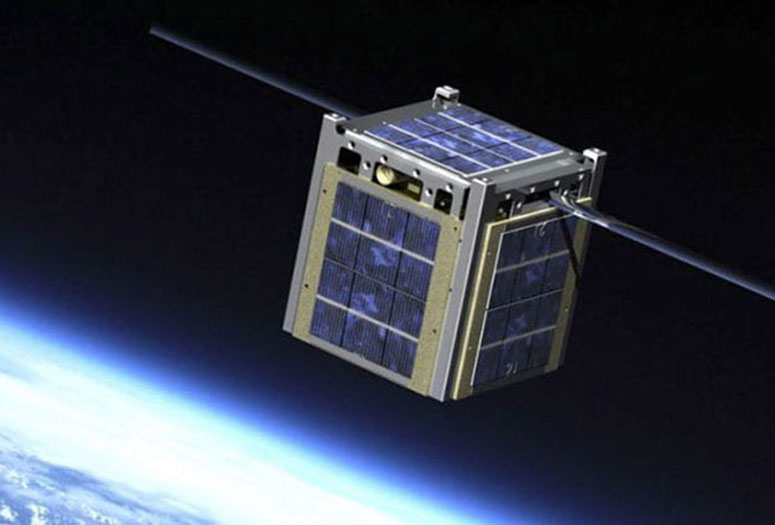 OwlSat, a small research satellite designed by Rice University students to monitor ultraviolet radiation, is set to launch into orbit in 2022.

And the students building OwlSat want everyone at Rice to get behind the project.

"We think of it as a Rice community project," said Ryan Udell, a junior in mechanical engineering and president of the Rice chapter of Students for the Exploration and Development of Space (SEDS). "We want the students and faculty to know it's not just about the group of us who are building the satellite, but about everybody at Rice."

OwlSat is one of 18 CubeSats selected by NASA to serve as auxiliary payloads on rockets launching from 2021-2023. OwlSat was proposed by the Rice chapter of SEDS and is tentatively slated for liftoff in January 2022.

The satellite will contain sensors to monitor the extreme ultraviolet (EUV) radiation emitted by the sun. Such emissions become more intense during periods of solar flaring and can alter the path of satellites in low-Earth orbit. In the words of the Rice proposal, OwlSat will also monitor the satellite's orbital velocity and altitude "to characterize how varying EUV values modulate the orbital decay rate of a Low Earth Orbit CubeSat over time."

"Space is getting crowded," Udell said. "About 2,200 satellites are already up there. It's important that we learn where all the space junk is. We don't want it hitting anyone. UV radiation can have an impact on orbital decay."

NASA reported that the data collected by OwlSat "will allow for more comprehensive predictions for orbiting bodies, such as space debris and small satellites." OwlSat will have no propulsion system. Its orbit will decay after roughly one year, and it will burn up when it reenters Earth's atmosphere.

The satellite must conform to NASA's CubeSat specifications and measure 10 centimeters on all sides and weigh no more than 0.987 kilograms, about 2.5 pounds. Construction of the satellite is expected to begin this semester.

The project will cost an estimated $45,000, and the Rice SEDS chapter plans a fundraising campaign. Some funding has already come from the George R. Brown School of Engineering, Wiess School of Natural Sciences, Oshman Engineering Design Kitchen, the Department of Physics and Astronomy, the Rice Space Institute and Rice Engineering Alumni. NASA will cover the cost of the launch.

Rice students, alumni, faculty and staff can obtain a "Boarding Pass" and their names will be included onboard OwlSat.

SEDS is already planning for the future. Udell expects to graduate next year, and new project leads have taken over. Doug Steinbach, a first-year doctoral student in materials science and nanoengineering, and Eric Yang, a freshman in computer science, are now project leads. Paul Glensky, a sophomore in electrical and computer engineering, had led the team until recently and is largely responsible for the CubeSat Launch Initiative selection.

"You don't have to be in a STEM field to support the project," Udell said. "If you're a history major you can pitch in too."