Department of Energy funds back Padley, Ecklund in search of nature’s elemental secrets 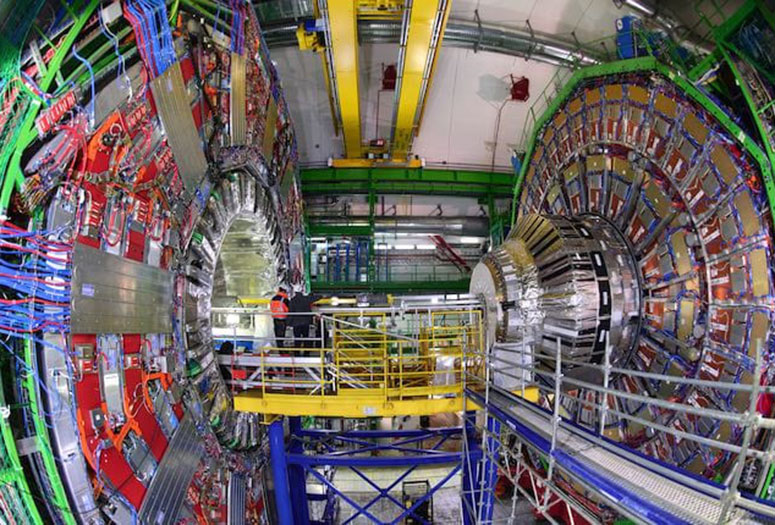 Rice physicists have received a $1.3 million grant from the Department of Energy to bolster the university’s ongoing research at the Large Hadron Collider (LHC).

The grant to Paul Padley and Karl Ecklund, both professors of physics and astronomy and longtime core members of the LHC team, is a continuation of funding (now totaling $4.5 million) to Rice researchers who helped build one of the collider’s key components and study the resulting data about the elementary particles it finds.

The grant was announced by the Department of Energy (DOE) as part of $132 million in funding for high-energy physics research.

“With this grant we will be able to continue our investigations into the nature of the matter that comprises the universe, what the dark matter that permeates the universe is, and if there is physics beyond what we already know,” Padley said.

The award follows a $3 million National Science Foundation grant to Ecklund and co-principal investigator Padley in April to support his team’s work on the next round of upgrades to the LHC, a 17-mile ring buried beneath Switzerland and France.

The Rice scientists are best known for their work on the Compact Muon Solenoid (CMS), one of several LHC detectors that contributed to the Higgs discovery by capturing data about particles expelled from the high-energy collisions within.

In their funding proposal, Padley and co-investigator Ecklund noted their work on the hardware, software and data analysis inform each other as they look for novel interactions and principles, particularly regarding supersymmetry, a proposed theory that would connect basic classes of particles. They are also measuring Higgs bosons decays to W bosons to understand how the newly discovered particle interacts with others as part of their search for new physics.

A primary mission of the LHC was to search for evidence of the Higgs boson, accomplished when the discovery was announced in 2012. Since every such discovery leads to many more questions, there remains much to be done, Padley said.

“Over many decades, the particle physics group at Rice has been making fundamental contributions to our understanding of the basic building blocks of the universe,” he said. “With this grant we will be able to continue this long tradition of important work.”

"High-energy physics research improves our understanding of the universe and is an essential element for maintaining America’s leadership in science,” said Paul Dabbar, undersecretary for science at the DOE. “These projects at 53 different institutions across our nation will advance efforts both in theory and through experiments that explore the subatomic world and study the cosmos. They will also support American scientists serving key roles in important international collaborations at institutions across our nation.”