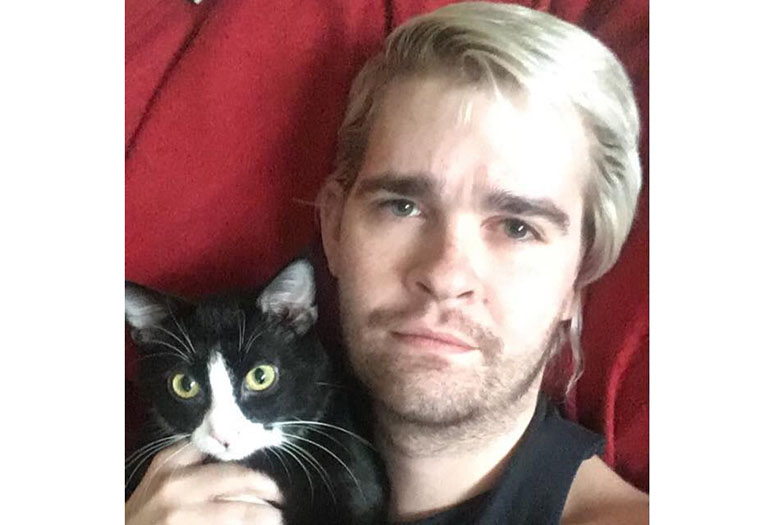 Clancy Taylor, a Ph.D. student in the English department, died May 16. Taylor was 25 years old.

Taylor, who identified as nonbinary, had just completed their second year of studies at Rice, with a planned specialization in comparative modernist literature and continental philosophy, after arriving in August 2018.

Taylor was quickly embraced by the English department and graduate student community alike. An avid reader and accomplished guitarist, Taylor enjoyed hanging out with the close-knit Rice cohort and spending time with extended family in Texas and Wisconsin during school breaks.

“Clancy Taylor’s death is a tremendous loss,” said Rosemary Hennessy, Rice’s L. H. Favrot Professor of Humanities and chair of the Department of English. “Clancy was much loved by their friends and teachers here who deeply grieve their death.”

Born in Ogden, Utah on July 8, 1994, Taylor's family moved to Flower Mound, Texas three years later. While attending Flower Mound High School, Taylor began participating in debate. Known for a quick wit and charm, Taylor began racking up wins in tournaments across Texas and the U.S. Awards included a first-place medal at the Longhorn Classic in Austin, a national circuit tournament among the toughest in Texas.

Taylor received a bachelor of arts degree from the University of Chicago in 2017, graduating with honors. Taylor's undergraduate thesis, “Autonarration as a Technology of the Self in Notre-dame-des-fleurs and Malone meurt,” took on novelist Jean Genet’s poetic debut and the rule-breaking Samuel Beckett novel.

Taylor remained at the University of Chicago and received a master’s degree in 2018, again with honors. Their thesis on “Language as Coercion: Violence and Language-Games in How it is” again tackled a complex Beckett novel.

Taylor was well-known in the English department, with a devotion to fellow students that was apparent to all. Taylor participated in several scholarly conferences while at Rice and was busy organizing opportunities for other students across the school to do the same.

Along with fellow Ph.D. candidate Bren Ram, Taylor was the lead co-organizer of "Working With: Interdisciplinary English Symposium," which had been scheduled to take place March 27 and 28 before COVID-19 concerns forced a cancellation.

“The event aimed to provide an opportunity for students across disciplines to present and develop ongoing work, to foster stronger collaborative bonds across the university and to see their work in the larger context of scholarship here and beyond,” Hennessy said.

Taylor also was a member of the 2019-20 executive board of the Humanities Graduate Student Association and was one of the team recipients of a George R. Brown Teaching Grant procured by professor Emily Houlik-Ritchey this past spring.

The grant will contribute to the education of future Rice students, “facilitating an undergraduate course on race-making in the Middle Ages that engenders student competence through authentic assessment of a collaborative, public-facing curated digital archive that will showcase the ways ‘the medieval’ has been used both to enable and to resist racist thinking over time,” Hennessy said.

Taylor had most recently received a Diana Hobby Editorial Intern Fellowship for the journal Studies in English Literature, which publishes four issues yearly. It was hard work that gave back to Taylor's greater English literature community.

In lieu of customary remembrances, the family requests that memorial gifts be designated to the Clancy Taylor Fund. As with its namesake, the fund will help support graduate students in English. These gifts may be made online at https://riceconnect.rice.edu/ctaylor or mailed to: Rice University Development MS-81, P.O. Box 1892, Houston, TX 77251-1892.