Polling location at Rice Stadium to be staffed entirely by students 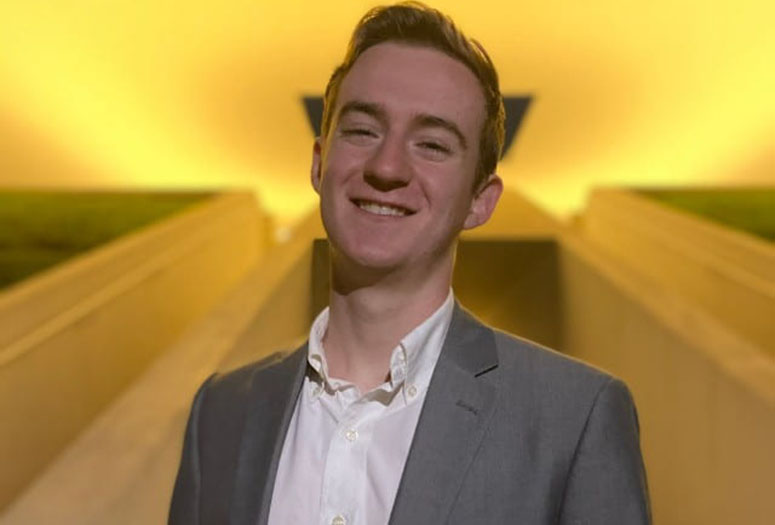 Rice University has its own polling place, but its precinct judge hasn't been a Rice student for a while.

Hanszen College junior Mason Reece was recently confirmed as the election judge for Harris County Precinct 361, the boundaries of which encompass Rice and all students living on campus. And this November, Precinct 361’s polling location — Rice Stadium — will also be staffed entirely by Rice students.

Election judges must live within their precinct and are tasked with, among many other duties, recruiting poll workers for Election Day. In the past, the polling location has been staffed mostly by members of the Greater Houston community recruited by the election judges. This year’s student-staffed polling place will be a testament to the work of Reece alongside the Center for Civic Leadership (CCL) and Civic Duty Rice, which supported his efforts to become a judge and involve Rice students in vital civic engagement.

With their assistance, he issued a survey form asking if students would be interested in working the polls. He heard back from triple the number of students needed to staff the campus polling place.

Student involvement, he said, is crucial to running a polling location serving mostly students. Issues like questions about out-of-state drivers licenses often crop up on campus, and Reece said students who’ve encountered similar queries can resolve those matters quickly. Students also tend to be more tech-savvy, he said, so they can more easily troubleshoot technical issues.

Reece would know: He spent this past summer helping the Harris County Clerk’s Office with a research project on voters’ expectations and intentions for the November election. Along with co-authors Carolyn Daly, Arisa Sadeghpour and Elizabeth Vann, the CCL’s director of program and partnerships, Reece wrote a report on the results of a survey administered with Bob Stein, the Lena Gohlman Fox Professor of Political Science at Rice.

“Helping the clerk identify what voters want out of the election and what kind of safety measures they want,” Reece said, has proven helpful as he sets out to undertake the role of election judge.

Rice’s polling place will incorporate pandemic-necessitated safety measures such as personal protective equipment (PPE) and plastic shields for poll workers as well as face masks and tiny “finger gloves” provided for voters. Voting machines will stand 6 feet apart and hand sanitizer will be as readily available as “I Voted” stickers.

“The county clerk was allocated additional money to provide all of this PPE and safety equipment; their normal budget wouldn't allow for that,” Reece said. “Thankfully, they've been given the money to make that happen so we can have a safe election and help the voters feel safe — that's what really matters.”

Reece, who is double-majoring in social policy analysis and political science, first became interested in voting rights while growing up in the heavily gerrymandered state of North Carolina. He read the newspaper from a young age, poring over coverage of North Carolina’s congressional redistricting fight in 2011.

“And I decided this was just pretty definitively wrong, to prevent people from voting,” Reece said. “I was taught growing up in school, one person, one vote — a representative democracy — those kinds of things, and it seemed pretty clear to me that there was an abdication of that right going on in my own state.”

Since coming to Rice, he’s had a host of opportunities to pursue his passion for voting rights and civic engagement.

In addition to serving as a research assistant for faculty in the Department of Political Science, the Baker Institute for Public Policy and the CCL, Reece has also worked with the CCL on a Houston Area Research Team with the Houston Chronicle, where he and three other Rice students recommended best practices for how the newspaper makes judicial endorsements.

When Reece isn’t busy with extracurriculars or the coursework that accompanies a double major, he talks to his fellow students about civic engagement.

Reece said he understands why someone would be disillusioned or disengaged from the voting process. But he also asks them to consider an issue they’re passionate about and investigate the political processes that impact it.

“If someone is interested in something, there's a high likelihood that it's being affected by the government,” he said. “And I think you should go vote on that.”

Reece is looking forward to what the next two years’ worth of elections bring. But for now, he’s focused on making sure this November’s election runs smoothly, at least at the polling location he’s running. Even with many people voting by mail this year, he knows Nov. 3 will be a long day.

“I'm used to being behind the scenes, so this is a very new experience for me,” Reece said. “It’s going to be a long day of serving, but I know that I can be high energy for one day, and then I'll sleep the whole next day while the results come out.”