The oil price war is on, says Baker Institute expert 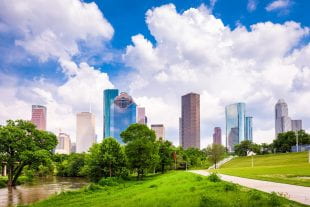 HOUSTON – (March 10, 2020) – This week, global crude oil prices are seeing the biggest price decline since 1991 after Saudi Arabia announced its largest price discount in 30 years, according to an expert from Rice University’s Baker Institute for Public Policy.

The price decline signals benefits for buyers of oil – including lower prices at the pump – but it also signals the possibility of the market becoming “massively over-supplied,” said Mark Finley, fellow in energy and global oil at the Baker Institute's Center for Energy Studies. Finley is available to talk about the oil market with news media.

“If production ramps up quickly, we should expect to see inventories begin to rise,” Finley said. “So far, commercial inventories in the U.S. and other OECD countries are only slightly above the five-year average and well below the five-year high.”

In addition to supply figures from the 36-member Organization for Economic Cooperation and Development, Finley cited the latest report from the International Energy Agency.

“There are indications of emerging oversupply elsewhere,” he said. “The IEA today said that Chinese inventories rose by about 30 million barrels in February as demand collapsed due to the impact of the coronavirus.”

Once inventories fill up, the next coping mechanism is to shut off oil production, but according to Finley, a U.S. shale supply reaction would not be the “first responder” in a price war.

“During the last price war, OPEC members were surprised by the resilience of U.S. shale producers, and eventually chose to cut their own production instead,” said Finley. “This time around, many observers expect U.S. producers to be under greater pressure from investors/lenders.” At the same time, Finley points out that OPEC producers themselves will come under pressure from ballooning budget deficits.

Finley has 35 years of experience working at the intersections of energy, economics and public policy. Before joining the Baker Institute, Finley was the senior U.S. economist at BP. He is a senior fellow of the U.S. Association for Energy Economics, and a former analyst and manager at the CIA.

A radio and television studio is available at Rice for media outlets that want to schedule an interview with Finley. For more information, contact Avery Franklin, media relations specialist at Rice, at averyrf@rice.edu or 713-348-6327.