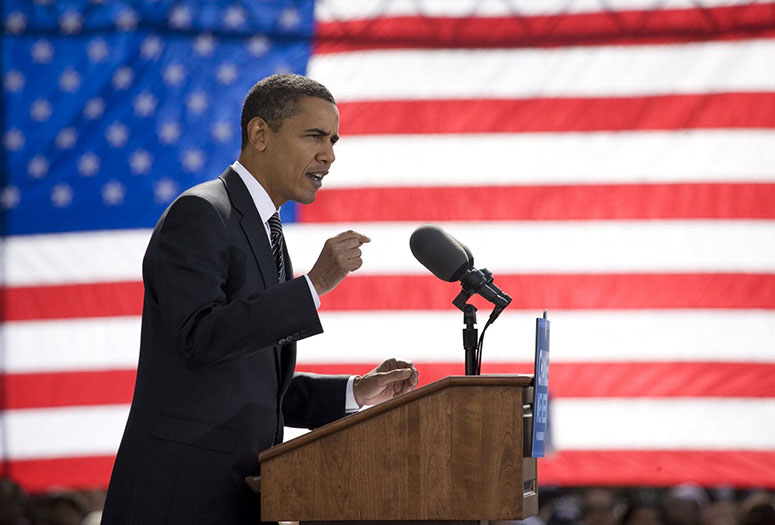 HOUSTON – (March 24, 2020) – Barack Obama's election to the nation's highest office in 2008 improved the mental health of black men, according to new research from Rice University.

"'Yes We Can!' The Mental Health Significance for U.S. Black Adults of Barack Obama’s 2008 Presidential Election" is available online and will appear in an upcoming volume of the journal Sociology of Race and Ethnicity.

Lead researcher Tony Brown, a professor of sociology at Rice, said sociologists typically focus on how negative events such as disasters, job losses, interpersonal discrimination, food insecurity and poverty impact people's lives and health. What they don't often think about is how positive events impact people.

"This is one major reason we pursued this study — we wanted to know if there were any health implications from this momentous occasion in U.S. history," he said.

Brown and his co-authors examined black adults’ mental health for 30 days prior to and 30 days following the 2008 election. The data came from the Behavioral Risk Factor Surveillance System, a nationally representative survey of 400,000 U.S. adults evaluating different health aspects. The researchers found the election resulted in a statistically significant mental health benefit for black men.

To demonstrate the significance of this finding, Brown referenced another study examining mental health harm caused when black adults were exposed to nearby police shootings of unarmed blacks. That study's survey participants reported a 0.14-day increase in mental health problems.

"The study’s findings are important because we do not fully understand what factors protect mental health," Brown said. "Specifically, the findings demonstrate that sociopolitical shifts matter for the health of black men and that everyday conditions of life act as social determinants of health."

"Black women could have faced an internal conflict over not being able to vote for Hillary Clinton, a woman," Brown said. "They could also have been concerned over the uptick in death threats just 10 days following Obama's election, worrying about the new president-elect in the same way they would worry about their own husbands, fathers or sons. They might also have been concerned over how President Obama would deal with discrimination against black men versus black women." Finally, Brown said black women may have worried that Obama's election would result in a backlash in years to come, resulting in the country moving back toward a racist "status quo."

As the 2020 presidential election approaches, Brown said health researchers should take shifts in the sociopolitical climate into account.

"Groups of voters are symbolically empowered or disempowered by the biography, blind spots and biases of those wining presidential elections," he said.

Brown and his co-authors are interested in future work on the mental health impact of other election results, including the effect of Donald Trump’s 2016 presidential election on white women.

The study was co-authored with Alexa Solazzo, a postdoctoral fellow at Harvard University's T.H. Chan School of Public Health, and Bridget Gorman, a professor of sociology at Rice.