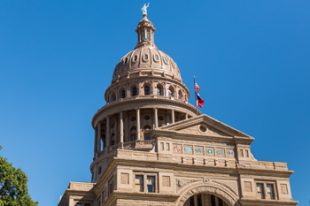 Rice University's Mark Jones is renowned for his analysis of the evolution of partisan politics in Texas. His biennial rankings of Texas legislators from most liberal to most conservative receive widespread attention from the media, political figures and the general public.

Now Jones is going back in time and analyzing roll call votes dating to 1836, when the Lone Star State was the Republic of Texas and legislative sessions were held in two small, simple wood buildings in Columbia.

"This project is focused on the study of Texas politics, history, economics and society through the lens of roll-call votes," said Jones, a professor of political science and fellow in political science at Rice's Baker Institute for Public Policy. "We are just now finishing the final touches on the Texas House data and have about 110,000 roll-call votes total — how every legislator voted, the topic of the vote and the result of the vote for a 184-year period."

Data for approximately three-fourths of the Texas Senate sessions has been collected, with current work focused on filling a gap between 1890 and 1941.

The project will serve as the foundation for a book, Jones said.

“Texas is the country’s second-most-populous state, with a long and unique political and social history," he said. "The data and analysis that emerge from this project will provide a unique window from which to observe important trends and events in the history of the Lone Star State.”

Jones is seeking additional grant money to transform the data into a public resource for Texas high school and college students studying history, politics and government.

"The amount of fascinating information contained in the data is immense, including the political dynamics during the Republic of Texas between Sam Houston and his supporters and Houston’s opponents," Jones said. "There's also valuable information on the political alignment of voting behavior in the Reconstruction and post-Reconstruction era, when there was a significant number of African American members of the legislature, in the 1870s and 1880s. And this information also sheds light on the dynamics of secession and its supporters and opponents, and the dynamics as Texas transitioned from a one-party/two-faction party system (conservative Democrats and progressive Democrats) to a tripartite system (conservative Democrats, progressive Democrats and Republicans) to the current polarized two-party system (Democrats and Republicans)."

Over 120 Rice students have worked on the project during the past 10 years. A team of 51 students is currently helping Jones with research. The project has been supported by grants from the Clayton Fund, the Summerlee Foundation, the Summerfield G. Roberts Foundation, the Hobby Family Foundation and the Rice Humanities Research Center (HRC). It also has received substantial funding from the Rice School of Social Sciences’ Harlan Program, which was created by a generous bequest from alumnus Douglas S. Harlan to support the study of Texas politics and government.

Jones hopes the project is giving his student researchers much-needed intellectual exercise amid the COVID-19 pandemic.

When Rice moved classes online in March, he hired 30 additional students to work from April through July. The students, who were recruited from across university departments, analyze and summarize the votes, record responses and even catch typographical errors in the records.

Jones hopes the project will prove useful to future generations.