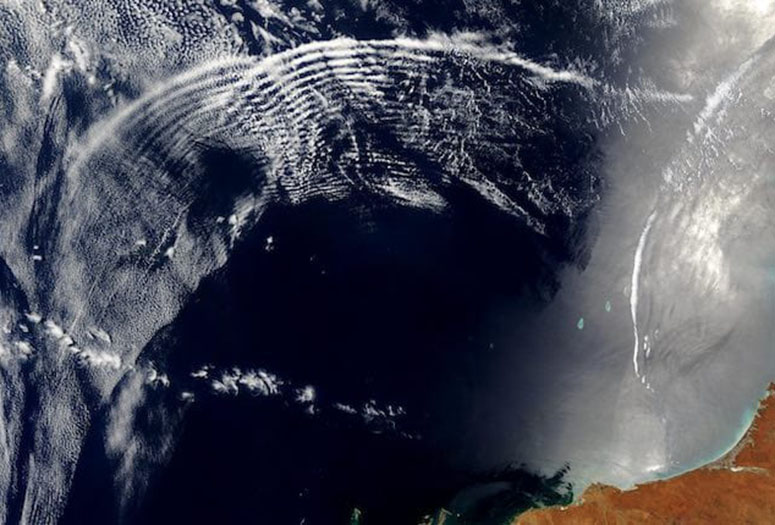 HOUSTON – (Oct. 12, 2020) – An unintended consequence of industry’s quest to expand the internet could be a boon for weather prediction and climate research.

Fluid dynamicist Pedram Hassanzadeh of Rice University’s Brown School of Engineering has received a National Science Foundation grant to study data from high-altitude balloons that measure atmospheric conditions as they rise to provide internet connections to otherwise inaccessible places around the globe.

The goal is to interpret the effect of atmospheric gravity waves -- what we might see as rippling clouds high in the sky -- that influence atmospheric winds in still-mysterious ways.

Think of these waves like spreading ripples in a pond, but turned upside down. The “rocks” that cause them are mountains, clouds or thunderstorms that disturb moving air near the surface.

These ripples are small and fast, Hassanzadeh said, with wavelengths as small as 100 meters and time scales between peaks as short as a few minutes. They are hard to observe using Earth-orbiting satellites, but as these ripples propagate to higher altitudes, they become particularly impactful once they transit from the troposphere to stratosphere at about 10 kilometers.

Gravity waves have been known to influence the weather and the climate system. For example, they affect the variability of the Quasi-biennial oscillation in the tropical stratosphere and the stratospheric polar vortex. Scientists want to accurately account for these disturbances in weather and climate models to better predict future extreme events or the effects of climate change.

“People don’t usually think about them, but there’s evidence that even though these waves are so fast -- with timescales of a few minutes to hours -- and so small, they can have an impact on day-to-day and extreme weather,” said Hassanzadeh, who joined Rice’s Department of Mechanical Engineering in 2016.

“They can also become important to understanding climate change, but right now the models are crude,” he said. “We cannot see the full picture of gravity waves with a wavelength of a few hundred meters from satellites. And our climate models currently have a typical resolution of 100 kilometers.”

The project would be possible but far more difficult and expensive had not Loon LLC, a sister company to Google, started launching high-altitude balloons in the far reaches of the world in 2013. The company’s intent was, and is, to bring the internet to underserved populations. It was not to provide massive amounts of data about the atmosphere to scientists.

But since the balloons take such measurements frequently during each flight, the data was there for the asking. “With machine learning and the capabilities to do very high-resolution modeling, we think we can put together something scientists can download and use,” Hassanzadeh said.

Hassanzadeh and his colleagues expect to use their data and machine learning to produce new models that represent gravity waves in computationally demanding weather and climate models, and to develop a better understanding of how gravity waves affect jet streams, the Quasi-biennial oscillation and the polar vortex. The results will also help study how all of these phenomena respond to increased atmospheric greenhouse gas concentrations.

“The big picture is that for the foreseeable future, we are not going to run weather and climate models at a resolution that can solve for these waves,” he said. “That would require a resolution of a few hundred meters, and the computational cost doesn’t scale linearly. As a result, it’s essential that we have better representation of these wave phenomena in our models.”

Read about the grant at https://www.nsf.gov/awardsearch/showAward?AWD_ID=2005123&HistoricalAwards=false

Gravity waves overlap over Australia in this NASA satellite image. Defining how atmospheric gravity waves influence weather and climate is the topic of a new study funded by the National Science Foundation. (Credit: Courtesy of NASA/Visible Earth) 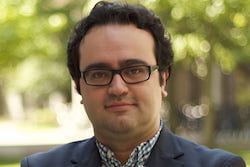