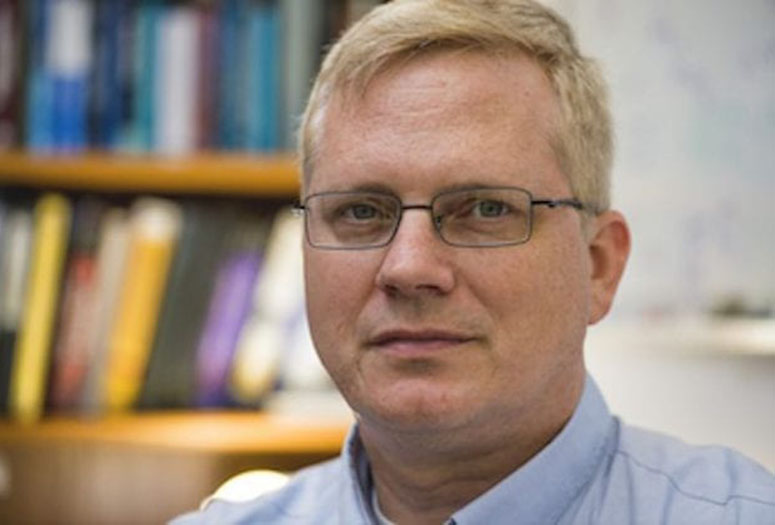 Karl Ecklund, a Rice professor of physics and astronomy, has been named a fellow of the American Physical Society (APS).

The society’s Division of Particles and Fields cited him “for leadership in high-precision particle-tracking detectors using pixel technology, and in the measurement of top- and bottom-quark properties in both e+e- and hadron collider experiments.”

Ecklund, who joined Rice in 2008, studies high-energy physics and is a core member of Rice’s team working to uncover new challenges to the Standard Model through the Large Hadron Collider.

He and Rice colleague Paul Padley recently received more than $4 million in grants from the Department of Energy and the National Science Foundation (NSF) to support their work on a key component of the collider, the Compact Muon Solenoid (CMS).

Ecklund is also overseeing roughly half of the $77 million in NSF funds to U.S. institutions helping upgrade the CMS, one of two major experiments along the subterranean 17-mile ring at the border of France and Switzerland. Ecklund is coordinating upgrades to the experiment’s inner tracker and pixel detector.

The APS Fellowship Program recognizes members for advances in physics through original research and publication, or for making significant contributions in the application of physics to science and technology as well as to teaching. No more than one-half of 1% of the society’s membership is named to the fellowship each year.