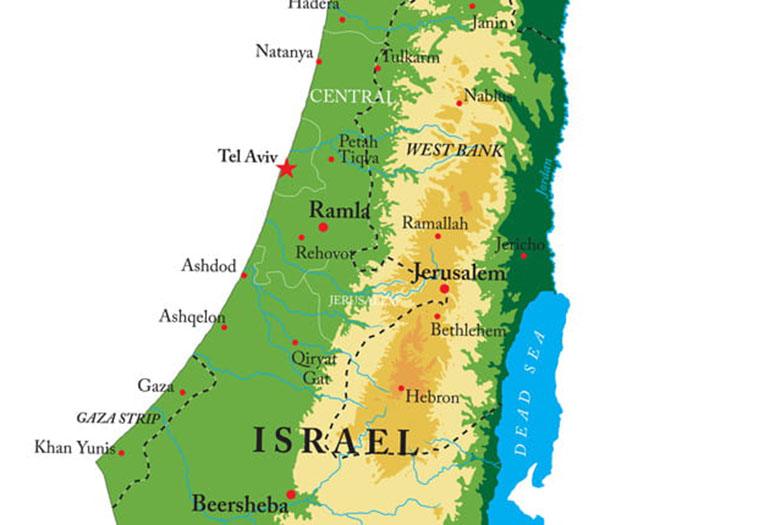 As President Donald Trump unveils his new Middle East peace plan, experts in the Center for the Middle East at Rice's Baker Institute for Public Policy say the administration's green light for the establishment of Israeli civilian settlements in the West Bank comes with the potential for dangerous consequences.

The new policy is analyzed in "The Trump Administration’s Statement on Israeli Settlements: Legal Status and Political Reality," an issue brief authored by Israeli scholar and former top government official Gilead Sher, the Isaac and Mildred Brochstein Fellow in Middle East Peace and Security in Honor of Yitzhak Rabin, and Daniel Cohen, an intern in the Center for the Middle East.

"Since 1978, U.S. policy has generally held in variable levels of consistency that Israeli settlements in the West Bank contravene international law, and at the very least present an obstacle to peace," the authors wrote. On Nov. 18, Secretary of State Mike Pompeo announced a reversal of the policy, stating that "the establishment of Israeli civilian settlements in the West Bank is not, per se, inconsistent with international law."

"The Palestinians received this news as another act of hostility by the Trump administration toward them, as it followed a series of pro-Israel decisions in the recent past, including the relocation of the U.S. embassy in Israel from Tel Aviv to Jerusalem, the recognition of Israeli sovereignty in the Golan Heights, a cut in U.S. financial support for the Palestinians and the cessation of U.S. contribution to the United Nations Relief and Work Agency for Palestinian Refugees," the authors wrote.

The brief assesses the consequences of the Trump administration’s new settlement policy, particularly within the context of past legal arguments and the stances of six previous U.S. presidential administrations.

"Pompeo’s statement is misguided, not because of its legal-political determination, but because of what it threatens to induce: further gridlock between Israelis and Palestinians, potential Israeli annexation of the West Bank (as has been proposed by Israeli Prime Minister Benjamin Netanyahu numerous times), and a dangerous Israeli decline into a single state that all but eliminates the Zionist enterprise," the authors wrote.

"Though U.S. administrations have framed Israeli settlements in very different ways, no former administration in the last 40 years has formally overturned the 1978 Hansell Memorandum, which established the State Department position that Israeli settlements in occupied territory are inconsistent with international law," the authors wrote. "Regardless of presidential statements on the matter, all U.S. administrations since 1978 have tacitly adhered to the internal policy that the settlements are more or less illegal. Pompeo’s announcement in November is the first internal State Department rejection of the Hansell Memorandum on record."

The change in U.S. policy also has the potential to harm Israel’s standing among Democrats in Congress, the authors said. A few days after Pompeo’s statement, over 100 Democratic House members released a letter criticizing the decision. "As support for Israel becomes increasingly politicized in Congress, the Trump administration’s decision to reverse 40 years of U.S. policy on settlements will only increase the partisan divide, threaten Democratic support for Israel and aggravate the controversies in the U.S. Jewish community," the authors wrote.

"Importantly, Israel is currently bound as a signatory of the 1993 Declaration of Principles, which affirms that settlements and borders are among the issues that can only be determined via permanent status negotiations," the authors wrote. "Moreover, the settlement issue has been at the heart of controversy within Israeli society and political parties."

The long-term future of settlers in the West Bank and a final Israeli-Palestinian territorial arrangement must be an Israeli domestic decision, either proactively and independently initiated without a valid partner or, preferably, agreed upon by all parties, the authors said. "Such a decision must remain unaffected by the statement of a foreign government, but rather requires an internal consensus built through public and political discourse, and perhaps a referendum or a privileged majority vote in the Knesset," the authors wrote.

They concluded, "Israel’s leadership and U.S. administrations should endeavor to preserve the conditions for an eventual two-state-for-two-people negotiated agreement and create in the interim a reality of two distinct national entities. Instead, the Trump administration has facilitated the incremental erosion of a future borderline between Israel and a future Palestinian state by endorsing Israeli settlement expansion and promoting its legality. Much like the Palestinians’ failure to attain statehood by unilaterally advancing their cause through international fora rather than via negotiation with Israel, Pompeo’s statement will neither change the situation on the ground nor bring the parties closer to a negotiated resolution."