How to stop the next pandemic: Reduce wildlife trafficking and forest loss 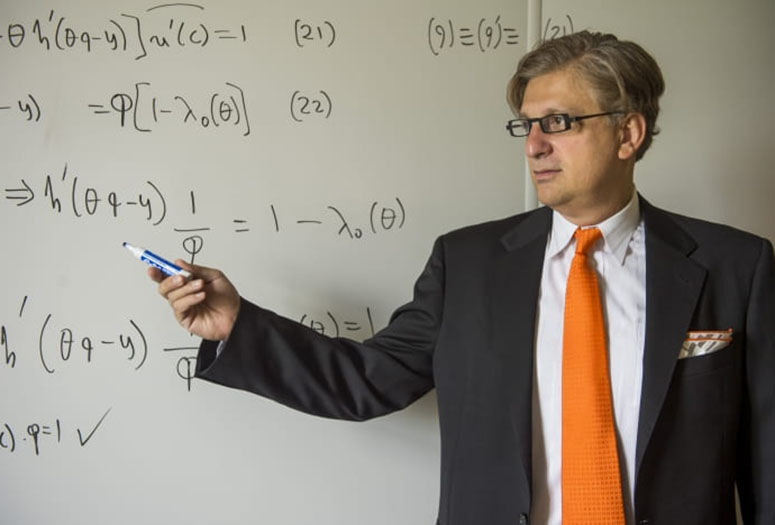 HOUSTON – (July 23, 2020) – The ultimate global financial cost of COVID-19 could top $15 trillion, but governments might be able to prevent future pandemics by investing as little as $22 billion a year in programs to curb wildlife trafficking and stem the destruction of tropical forests, according to a new paper from an international team of scientists including Rice University's Ted Loch-Temzelides.

Compared with the $2.6 trillion already lost and more than 600,000 deaths amid the COVID-19 pandemic, such an investment represents an exceptional value, the experts argue in the paper. They estimate the total cost of the preventive measures they recommend over the next decade is only about 2% of the estimated eventual costs of COVID-19.

The team published its peer-reviewed analysis July 23 in Science.

"There are considerable benefits from blocking the two main routes from which recent pathogens tend to emerge: wildlife trade and destruction of tropical forests," said Loch-Temzelides, the George and Cynthia Mitchell Professor in Sustainable Development in Rice's Department of Economics and a scholar at the Baker Institute for Public Policy Center for Energy Studies.

The authors said coronaviruses (which cause diseases such as COVID-19 and SARS), HIV, Ebola and other viruses that have spread from animal hosts to humans have been linked to close contact between people and primates, bats or other wildlife. In some cases, the animals have infected humans directly; in others, the route has been indirect, through livestock consumed by humans.

The authors also noted that places near the edges of tropical forests in which more than 25% of the original forest has been lost tend to be hot spots for transmitting viruses from animals to humans. For example, bats — which are the likely carriers of Ebola and the coronaviruses behind SARS and COVID-19 — are more likely to feed near human dwellings when their forest habitats are disturbed by road building, logging or other human activities.

"This has been a key factor in the emergence of viral outbreaks in West Africa, Malaysia, Bangladesh and Australia," said Andrew Dobson, professor of ecology and evolutionary biology at Princeton University and one of the study's lead authors.

"Wildlife markets and the legal and illegal trade of wildlife for pets, meat or medicine add to these risks by bringing humans into close — and often poorly regulated — contact with animals that may carry a virus," added Stuart Pimm, the Doris Duke Professor of Conservation Ecology at Duke University and a lead author.

Co-authors of the study include environmental and medical scientists, economists and conservationists from 15 institutions or nonprofits. In addition to Loch-Temzelides, Dobson and Pimm, they are: Lee Hannah, Jorge Ahumada and Patrick Roehrdanz from Conservation International; Les Kaufman from Boston University; Amy Ando from the University of Illinois at Urbana-Champaign; Aaron Bernstein from Harvard University; Jonah Busch of Earth Innovation Institute; Peter Daszak from EcoHealth Alliance; Jens Engelmann of the University of Wisconsin-Madison; Margaret Kinnaird from World Wildlife Fund International; Binbin Li from Duke Kunshan University; Thomas Lovejoy from George Mason University; Katarzyna Nowak from the Safina Center; and Mariana Vale from Federal University of Rio de Janeiro.