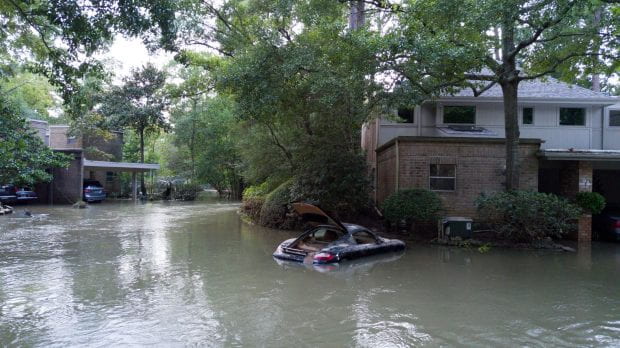 The federal flood buyout program disproportionally benefits at-risk homes in the whitest communities of America's largest cities, according to a study from sociologists at Rice University.

"Racial Inequities in Federal Buyouts of Flood-Prone Homes: A Nationwide Assessment of Environmental Adaptation" is now available in the online edition of Socius. It provides the first nationwide, peer-reviewed analysis of racial inequalities in the implementation of the Federal Emergency Management Agency’s (FEMA) flood buyout program. The researchers examined data in 500 municipalities across the U.S. between 1990 and 2015.

Lead author Jim Elliott, a professor and chair of sociology at Rice and a fellow at Rice's Kinder Institute for Urban Research, noted that America’s urban areas — with long histories of racial inequality in housing and government policies — have become ground zero for one of the federal government’s leading climate-adaptation programs.

"After a flood it's up to the local flood control district to submit a buyout proposal to FEMA if they want to help homeowners sell their properties and move away from their flood-prone homes," Elliott said. "As this process unfolds, some neighborhoods are selected over others. And some people accept the buyouts, and others don't. We wanted to look at all of this over time to see how it might link to racial privilege, net of local flood impacts."

Elliott and his fellow researchers found that, in general, the whiter the county and neighborhood, the more likely it is to gain access to federal buyout funding — but that pattern occurs only in the central counties of metropolitan areas, not in suburban and nonmetropolitan counties. Who is most likely to accept that funding, however, has shifted over time, from homeowners in communities of color during the 1990s and 2000s to whiter communities today.

“This dynamic is not a contradiction,” said Kevin Loughran, co-author of the study and a postdoctoral fellow at Rice. “It is how privilege works in the age of climate change. It brings more options and public resources to those living in more socially advantaged spaces, especially if they own property, while leaving those in socially marginalized spaces more reliant on government assistance that is not only less likely to come but less trusted when it does."

The researchers also show that buyouts played out differently in New York and New Jersey following Superstorm Sandy and in ways that may signal new trends ahead. In that case, residents of whiter areas were not only more likely to receive buyout assistance but also lobbied for the buyout of entire communities.

"Threatened homeowners were able to hand their community back to nature, rather than to wealthy newcomers," said Phylicia Lee Brown, a co-author on the study who is a graduate student in sociology at Rice.

Elliott and his fellow authors hope this study will shed light on how social inequities are entering seemingly rational environmental-adaptation programs across the U.S., especially in major cities.