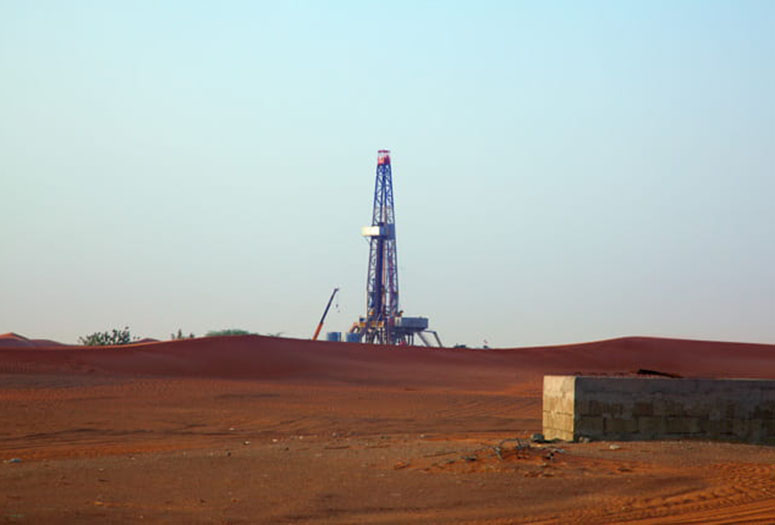 Climate change poses a strategic dilemma for oil-exporting states of the Persian Gulf, according to a new paper by an expert in the Center for Energy Studies at Rice University’s Baker Institute for Public Policy.

By sapping global demand for crude oil, climate action threatens the extraordinary profits that underpin these nations' governments and the legitimacy of their regimes, said paper author Jim Krane, the Wallace S. Wilson Fellow for Energy Studies. "However, the Gulf states are also among the countries most exposed to physical risks of a warming climate and thus would benefit most from reducing ongoing accumulations of carbon in the atmosphere and associated adaptation costs," he wrote.

"In other words, the political and economic risks of climate action run counter to the physical and environmental risks," Krane wrote. "The petro-states of the Gulf should view climate change with more alarm than northern oil producers like Russia, Canada and Norway, which would experience milder short-run damage — or even benefits — from a warming climate.”

“Gulf states can address the physical and economic risks by diversifying their economies. But since few businesses are as profitable as oil, diversification might not provide enough income to fund the expenses of government by absolute monarchy,” Krane added.

"Climate action versus inaction: Balancing the costs for Gulf energy exporters" is published in the British Journal of Middle Eastern Studies.

Krane's article provides an overview of the oil market, outlining competing trends that simultaneously stimulate and dampen global oil demand. It describes the Gulf’s contributions to atmospheric greenhouse gas accumulations and the possible geophysical damage facing the region, comparing them to the fates that may await oil-producing states in more temperate zones. It also examines the shortcomings of strategies aimed at diversifying economies dependent on oil rents and whether governments heavily dependent upon renting their resources to outsiders can cope.

"The oil exporters of the Gulf harbor enormous reserves of ‘easy oil’ with low production costs and high profits," Krane wrote. "Deliberate underproduction in the Gulf has raised market prices of oil, which in turn has encouraged production of higher-cost reserves in other regions. Oil’s ‘scarcity premium’ has increased rent windfalls for Gulf regimes while discouraging economic diversification and exposing these states to risks associated with oil demand."

Underproduction has also subjected more oil reserves to the risk of abandonment than would be the case if oil production had followed rational economic principles of prioritizing output from lowest-cost resources, Krane said.

"A creeping risk to the Gulf oil windfall is materializing in the form of climate action," Krane wrote. "For now, Gulf policymakers prioritize accelerated monetization of oil reserves in the face of a changing climate, to avoid reserves’ being stranded. Over time, that stance could change. Given the Gulf’s higher exposure to climate damage relative to that of more temperate exporters, the attractiveness of subverting international climate regimes could diminish."

The Gulf states appear to be better suited to caucusing with states that share the duality of their climate policy motivation, Krane said. "Outside the Gulf, Nigeria, Indonesia, Malaysia, Brazil, Venezuela, and Trinidad and Tobago face the difficult dynamic of economic losses and physical benefits from climate action. Further geopolitical and geoeconomic risks are likely to materialize from further declines in global social acceptance of fossil fuels," Krane wrote.

"Given the ‘radical uncertainties’ facing the oil sector and the energy transition, the hedge of economic diversification is assuming increased importance," Krane wrote. "Diversification remains the centerpiece of the Gulf Cooperation Council's various ‘vision’ strategies.' Each plan contains some unique attributes as well as elements that duplicate those of neighboring countries. Given this fact, diversification sows the seeds of future competition. Rents at the levels produced by oil exports will be fleeting, if they are available at all."

Krane concluded, "In short, the resilience of the Gulf’s political economies is undergoing a slow-moving stress test. For them, climate change is a ‘lose-lose’ proposition, threatening both the fragile geography of the Gulf and the industry that nurtures its monarchical regimes. Whether diversification can compensate in sufficient fashion to maintain the Gulf’s unique tribal autocratic governance remains in question. Perhaps most forgiving for the Gulf is the slow pace at which the energy transition is progressing. Here, at least, policymakers have ample opportunity to enact the structural changes needed to compensate."

Founded in 1993, Rice University’s Baker Institute ranks among the top three university-affiliated think tanks in the world. As a premier nonpartisan think tank, the institute conducts research on domestic and foreign policy issues with the goal of bridging the gap between the theory and practice of public policy. The institute’s strong track record of achievement reflects the work of its endowed fellows, Rice University faculty scholars and staff, coupled with its outreach to the Rice student body through fellow-taught classes — including a public policy course — and student leadership and internship programs. Learn more about the institute at www.bakerinstitute.org or on the institute’s blog, http://blog.bakerinstitute.org.