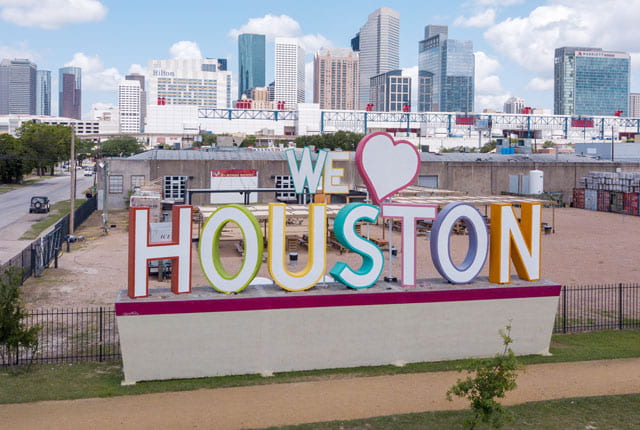 HOUSTON – (May 18, 2020) – When surveyed in February and early March — on the brink of the coronavirus pandemic — Houstonians expressed a deeper sense of mutual trust, empathy and solidarity than ever before, with growing numbers of people calling for policies to reduce inequalities and improve public schools, according to the 2020 Kinder Houston Area Survey.

The 39th annual survey was released today at the Kinder Institute’s virtual "Lunch-Out," presented in place of the annual in-person luncheon. Stephen Klineberg, founding director of Rice’s Kinder Institute for Urban Research and emeritus professor of sociology, conducted the survey.

In the 2020 survey, 69% had favorable views of local job opportunities. Traffic was considered the area’s biggest problem, cited by 30% of survey respondents. Only 11% said crime was the biggest problem in Houston; 13% named the economy, and 11% said flooding.

Despite the overall positive outlook on job opportunities, the survey reflected a great divide between the haves and have-nots in Harris County. A quarter of survey respondents said they lacked health insurance, and more than one-third had difficulty paying for groceries. The deepening inequalities in access to health care and economic opportunities have had especially dire consequences for Houston’s black and Hispanic communities, Klineberg said.

The survey indicates more Houstonians than ever are calling for government programs to address inequality. Sixty-one percent said government should act to reduce income differences, 72% favored federal health insurance for all Americans, and 79% said the government should make sure everyone who wants to work can find a job. These numbers are up significantly from a decade ago, when they stood at 45%, 60% and 64%, respectively.

In this year’s survey, 70% of participants rejected the suggestion that the possession of small amounts of marijuana should continue to be treated as a criminal offense. In 2003, 44% took that position; 34% did so in 1995.

More than half of Houstonians (55%) in this year’s survey agreed that "in order for the schools to provide a quality education, significantly more money will be needed," while 39% believed "the schools have enough money, if it were used wisely, to provide a quality education." Two decades ago, the figures were reversed: By 55% to 37%, the respondents in 1997 said schools had all the money they needed. In addition, in the 2020 survey, 70% were in favor of increasing local taxes to provide universal preschool education for all children in Houston.

Support for diversity continued to grow across the board. In the 2020 survey, Houstonians were calling more firmly than ever for policies to welcome refugees and expressing more positive feelings in general toward Muslims, undocumented immigrants and gays and lesbians. Sixty-two percent of respondents in 2020 supported adoption rights for gay parents, up from 49% in 2010 and just 17% in 1991.

Abortion continued to be paradoxical: 57% of respondents said abortion is "morally wrong," but 63% were opposed to a law making it more difficult to obtain an abortion. When it comes to single-issue voting, the anti-abortion respondents were more likely, at 24%, than the abortion-rights respondents, at 16%, to say that they would “certainly not” vote for a candidate with whom they disagreed on the issue.

While just 11% of Houstonians named flooding as the area's biggest problem, 77% said that more severe storms are a near certainty in the next 10 years, and 65% called for prohibiting construction in areas that have repeatedly flooded. The annual hurricane season begins June 1.

Looking ahead to next year, Klineberg said it will be particularly interesting to compare the 2020 findings with the 2021 survey.

"We will have a rare opportunity to measure systematically the actual impact on area residents’ attitudes and beliefs of their experience in coping with the health and economic consequences of the pandemic," he said. "So stay tuned."

Interviews for this year’s Kinder Houston Area Survey averaged more than 30 minutes each and were conducted between Jan. 28 and March 12 by SSRS in Glen Mills, Pennsylvania. SSRS surveyed a scientifically selected representative sample of 1,001 Harris County residents; 51% were reached by landline, 49% by cellphone.

This news release can be found online at news.rice.edu