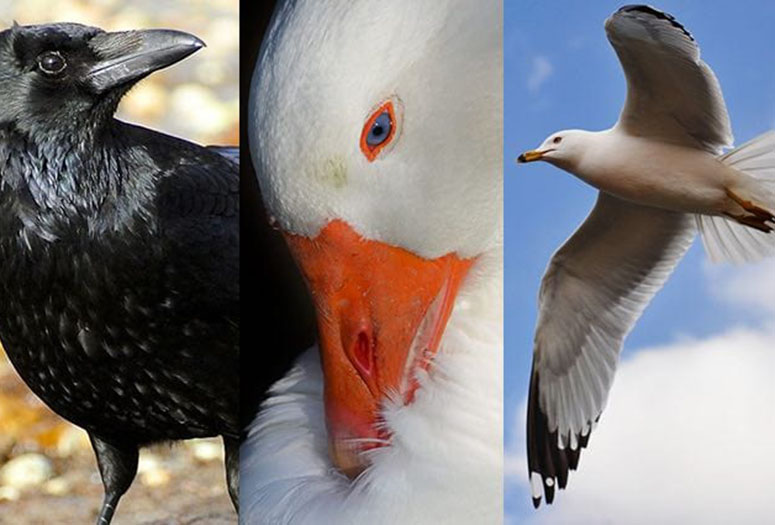 Their study found high levels of genes that encode antibiotic resistance harbored by opportunistic pathogens in the droppings of common urban ducks, crows and gulls.

The study led by postdoctoral research associate Pingfeng Yu of Rice’s Brown School of Engineering appears in the Elsevier journal Environmental Pollution. Yu is a member of the lab of civil and environmental engineer and co-author Pedro Alvarez.

But the Rice study digs deeper to quantify the abundance, diversity and seasonal persistence of ARGs.

“We still do not fully understand what factors exert selective pressure for the occurrence of ARGs in the gastrointestinal system of wild urban birds,” Alvarez said. “Residual antibiotics that are incidentally assimilated during foraging is likely one of these factors, but further research is needed to discern the importance of other potential etiological factors, such as bird diet, age, gut microbiome structure and other stressors.”

The team that included lead authors Huiru Zhao, a student at Nankai University in China, and Rice graduate student Ruonan Sun compared “freshly deposited” samples from each species found around Houston during the winter and summer months to samples from poultry and livestock known to carry some of the same mutations.

They found that ARGs in all of the species, regardless of season, encoded significant resistance to tetracycline, beta-lactam and sulfonamide antibiotics. The researchers were surprised to see the relatively high abundance of ARGs were comparable to those found in the fresh feces of poultry occasionally fed with antibiotics.

They also found intI1, an integron that facilitates rapid bacterial acquisition of antibiotic resistance, was five times more abundant in the birds than in farm animals.

“Our results indicate that urban wild birds are an overlooked but potentially important reservoir of antimicrobial resistance genes, although their significance as vectors for direct transmission of resistant infections is possible but improbable due to low frequency of human contact,” Alvarez said.

The team also looked for ARGs in soil up to 1 inch deep around bird deposits and discovered they are “moderately persistent” in the environment, with half-lives of up to 11.1 days.

Of the three species, crows showed a significantly lower level of ARGs during the summer compared to ducks and gulls, they reported.

“That’s probably due to differences in their ecological niches, foraging patterns and gut microbiome,” Sun said. “Crows are omnivores and feed on abundant natural food with less anthropogenic contaminations in the summer. In addition, the composition of their gut microbiome impacts ARG dissemination and enrichment in vivo, and therefore influences ARG levels in the excreted bird feces.”

The researchers found that opportunistic pathogens including bacteria that cause urinary tract infections, sepsis and respiratory infections were common in the feces of all of the birds, and another associated with food poisoning was detected in samples collected during the winter.

Winter feces, they wrote, contained more of the bad bacteria that may also harbor ARGs, possibly due to lower sunlight inactivation and differences in moisture levels and temperature.

Alvarez is the George R. Brown Professor of Civil and Environmental Engineering and a professor of chemistry and of chemical and biomolecular engineering.

The National Science Foundation and the China Scholarship Council supported the research.