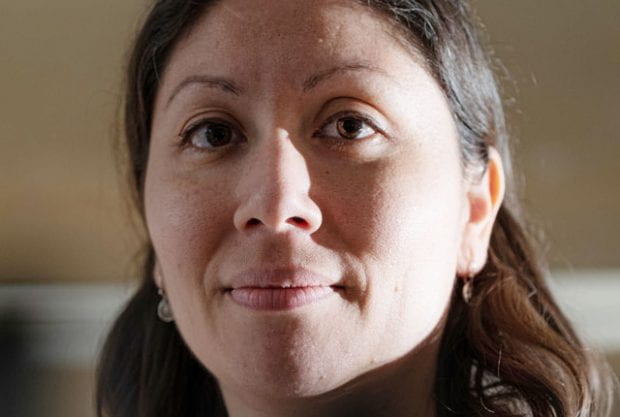 Rice University bioscientist Rosa Uribe wants to build better therapies and cures for neurodevelopmental defects and cancer, and a new grant from the National Science Foundation is helping with the next big step.

A prestigious, five-year $915,475 CAREER Award will allow Uribe and her students to assemble the results of thousands of experiments about the behaviors and characteristics of specialist stem cells called neural crest cells. The cells form a number of tissues, including the nervous system that regulates digestion, and they also cause neuroblastoma, the third most prevalent form of pediatric cancer in the U.S.

"This grant will help us map out various different aspects of the early formation of the enteric nervous system, which is sometimes called the 'gut brain,'" said Uribe, an assistant professor and the first woman from the Department of BioSciences to win a CAREER Award. "That really hasn't been done, quantitatively, in a completely intact, living specimen."

CAREER awards support the research and educational development of young scholars the NSF expects to become leaders in their fields. The grants are among NSF's most competitive, going to fewer than 400 scholars each year across all disciplines.

Uribe, a neurodevelopmental biologist, was recruited to Rice in 2017 with a CPRIT Scholar grant from the Cancer Prevention and Research Institute of Texas.

Her lab uses zebrafish to study the precise movements and changes of neural crest cells during embryonic development. The cells can become bone, cartilage, muscle or nerve cells. They form the cartilage and bones of the face, for example, as well as the enteric nervous system, a mesh of nerves that runs from the throat to the lower intestine and regulates digestion, hormone balance and more.

Uribe said simply observing how neural crest cells develop can answer fundamental questions, like "How do stem cells know how fast to crawl through developing tissues, or when to stop? And once they stop, they have to know what flavor of nerve to turn into, because there are different types of neurons that do very specific things."

To better understand why neural crest cells go down the wrong developmental path toward neuroblastoma, Uribe's lab uses an array of microscopes, cameras and computer software to observe and document everything they do, in real time, from the moment they appear about 12 hours after an embryo is fertilized until they migrate through the embryo and transform into whatever tissue they become.

"So they're crawling along the different axes of the developing body of the zebrafish, and we can see this very easily because the zebrafish are transparent," she said.

Her lab uses several types of genetically modified zebrafish whose neural crest cells glow in bright fluorescent colors. Using microscopes and software, the team can track fluorescent neural crest cells for hours and at scales ranging from single cells up to the whole population of cells in a complete embryo.

"The CAREER Award will enable us to take high-resolution images of the cells over space and time, and then use math to quantitatively analyze the information in those images and better understand what the cells are doing," she said.

"Another huge part of the research is sequencing their genomes," she said. "All the individual neural crest stem cells have their own gene-expression profiles. So we're using genomics to map out individual cells and what genes are turned on or off in them."

The genomic information will help Uribe and her students understand which genetic programs the cells are using at different points in their development.

"We want to understand what genetic programs they're activating when they make decisions to start migrating or stop or to turn into different types of neurons," she said. "We will have a snapshot of the genetic states that they're in while they're actively doing all of that. It's a baseline."

Uribe's CAREER grant will also fund summer research experiences for first-generation college students. Each summer, two to four students from the Rice Emerging Scholars Program will be chosen to work as paid research assistants in Uribe's lab. Each undergraduate assistant would spend two summers working on the project and learning how to communicate their findings, both in writing and oral presentations.

"The goal is to provide a long-term experience where they learn to think like scientists," Uribe said. "They'll be able to take what they learn with them wherever they go beyond Rice, because the skills are broadly applicable within biology and medicine."

She said the knowledge gained from the CAREER project experiments will set the stage for much of the lab's future work.

"The datasets will be broadly applicable to everything that we're working on in the lab, including the neuroblastoma work," Uribe said. "We'll be capturing all the states of the whole pool of neural crest stem cells that diverge and go on to different cell fates. We'll have all of those transcriptional states in our datasets, and we will be able to go back and query all levels of our dataset to propose hypotheses and design experiments in the future."