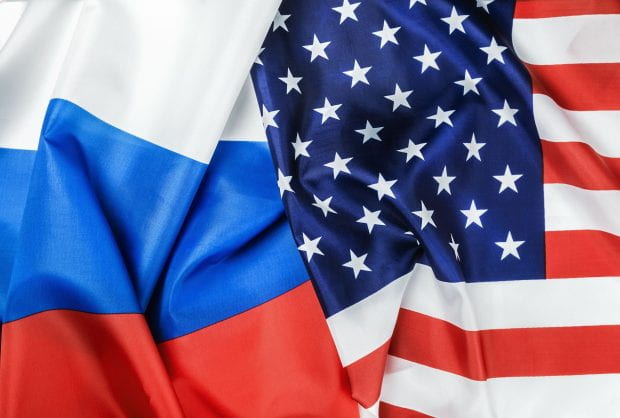 Since Rice Online Learning began offering free courses in 2013, the program has reached 1.5 million learners in 190 countries across the world. These massive open online courses (MOOCs) can accommodate thousands of students at a time; one of Rice Online Learning’s initial offerings, An Introduction to Interactive Programming in Python, attracted 80,000 students that first year.

One of the consistently popular courses has been America Through Foreign Eyes. Taught by Rice faculty from a variety of disciplines and focused on perceptions of America from abroad, it has long covered America through a series of modules embodying African, Chinese, French and Mexican perspectives on our country and culture.

Now the course has added a module teaching America Through Russian Eyes — an especially relevant addition given today’s fraught relationship between the U.S. and Russia. Each of the nine lectures discuss a singular event in the history of Russo-American encounters or dives into a short time frame that covers a particular Russian or Soviet set of ideas about the United States.

The newly updated course launches Feb. 17. Over 9,000 students have enrolled since it was first offered.

“Russia is much in the U.S. news these days, presented often as a dark, evil power set on destroying Western democracies and alliances, meddling in the U.S. elections and even influencing the course of the American presidency,” said Lida Oukaderova, associate professor of art history, who designed the Russian module and presents its lectures in the updated course.

“The U.S. is also much in the news in the Russian media today, appearing as an equally dark and evil power, seeking to deprive Russia of any say on the global stage,” Oukaderova said.

There are elements of truth and untruth to both perspectives, she said. And there is much to both sides’ perspective that’s not presented or covered at all.

“What we do know for sure is that Russo-American relations have reached a new low, and despite the barrage of information and plenty of travel between these two countries, there is a mutual lack of understanding of the other’s perspective, and lack of deeper knowledge why each culture thinks the way it does about the other,” Oukaderova said.

The lectures in the America Through Russian Eyes module cover 160 years of history. They touch on the same broad themes of democracy and modernity; globalization and capitalism; racism and immigration; and intellectual and cultural life as the African, Chinese, French and Mexican modules, which were all designed by Rice faculty who are specialists in each area: Jeffrey Fleisher, associate professor of anthropology; Anne Chao ’05, adjunct lecturer in the School of Humanities; Julie Fette, associate professor of Classical and European Studies; and Moramay López-Alonso, associate professor of history.

“Among the most entertaining are surely the lectures on ‘Soviet Hollywood,’ said Oukaderova, which discuss widespread Russian interest in L.A. film production during the 1930s and the planned construction of a new Hollywood on the shores of the Black Sea.

Another lecture frames relations through a discussion of the American National Exhibition in Moscow in 1959, in which U.S. organizers sought to enchant Soviet citizens with American consumer products from cake mixes to vacuum cleaners to model suburban homes; it was the same Cold War-era event that was the site of the impromptu “Kitchen Debate” between Nikita Khrushchev and Richard Nixon.

“My other lectures are perhaps not as fun since they often deal with difficult and tragic materials — slavery, racism, anti-Semitism, emigration, nuclear threats, Trumpism and Putinism — but they are no less interesting, and certainly very important for understanding current relations between Russia and the United States,” Oukaderova said.

Oukaderova specializes in the history and theory of film, with particular focus on European and Russian cinema. Her recent book “The Cinema of the Soviet Thaw: Space, Materiality, Movement” examines conceptions of space in Soviet film of the 1950s and 1960s. A new book she's writing will tackle “Ethics, Humanism, Form: Soviet and Russian Cinema Since the 1960s.”

Oukaderova was eager to revisit the history of U.S.-Russian relations in part to gain a deeper perspective of her own on the deep-seated animosity between the two countries. She hopes her lessons will be helpful for the students across the world who will be taking the course when it launches Feb. 17.

“I hope these materials provoke and sustain honest exchange between people who would not otherwise come into contact,” Oukaderova said. “I also hope that students will be able to better reflect on current media narratives, and learn not to immerse themselves too rapidly in emotionally charged hype but to stop and question contextually and historically what is being described.

“And, of course, I also hope that students engage closely with the complexities of Russian/Soviet-U.S. relations; they might even recognize how much — both good and bad — the countries have in common.”