CTBP, others will benefit from petaflop system due online in fall 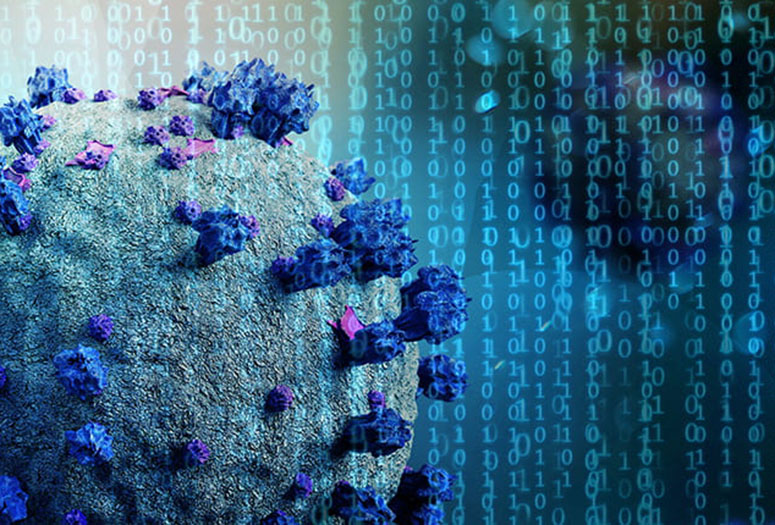 AMD is donating a petaflop-scale supercomputer to Rice University to speed progress on pandemic-related research.

The company announced the donation today along with similar gifts to New York University and the Massachusetts Institute of Technology in Boston.

"The AMD gift will be truly transformational for Rice's computational attack on COVID-19," said Wiess School of Natural Sciences Dean Peter Rossky, who spearheaded Rice's effort to land one of the coveted high-performance computing (HPC) clusters. "We have the methods to progress, but studies of large, complex systems are at the cutting edge of computational feasibility. The AMD contribution of dedicated, state-of-the-art computational power will accelerate progress toward defeating this virus."

HPC clusters are collections of computing nodes that are linked via a specialized, high-speed network. Each node is a powerful computer, and the fast interconnect allows the nodes to work together on problems that require an extraordinary number of computations. HPC clusters are measured by how many FLOPs — "floating-point operations" like addition, multiplication or division — they can perform each second.

Each of the university systems AMD announced today are expected to provide more than one petaflop of performance, which means the number of mathematical operations they'll be capable of performing each second is greater than one quadrillion, or a one followed by 15 zeros.

Rossky, a theoretical chemist whose uses HPC resources in his own research, said the AMD system will triple Rice's HPC capacity and will be available for faculty from any school or department. He said the new system, which AMD expects to have online in the third quarter of this year, will allow COVID-19 research that wouldn't otherwise be possible.

"If you want to really screen drugs, for example, you need enormous compute power because COVID-19 has a number of proteins that could be targets and there are enormous numbers of candidate drugs," Rossky said.

That is precisely the kind of research Rice's Peter Wolynes began conducting in January, weeks before the first coronavirus case was reported in the United States. Wolynes, co-director of Rice's National Science Foundation-sponsored Center for Theoretical Biological Physics (CTBP), is using principles from his foundational theories of protein folding to predict the structures of coronavirus proteins and to identify drugs that are good candidates for clinical tests based upon how well they bind to the surfaces of those proteins. His group has already analyzed several hundred drugs, and he said the new system will dramatically speed up the process.

"This new computer will be a game-changer for CTBP," said center co-director José Onuchic. "We are working to reveal the fundamental vulnerabilities of COVID-19 and provide science-based leads for therapy. In addition, this new computational capability will make it possible to pursue other projects on proteins, genomes, regulatory gene networks and active biological matter."

Onuchic is also conducting COVID-19 research that will be accelerated by the new cluster. Using his previous studies on influenza A as a guide, his group is exploring how the coronavirus's surface proteins facilitate entrance to human cells, the critical first step of infection.

The Rice, NYU and MIT clusters are the first donations from a $15 million COVID-19 HPC fund unveiled by AMD President and CEO Lisa Su in April.

"AMD is proud to donate technology to help scientists and researchers working so hard to combat the COVID-19 global pandemic," Su said. "With this AMD HPC Fund contribution, we hope to increase understanding of the coronavirus and explore options for treating COVID-19 and for protecting the health of the global community."