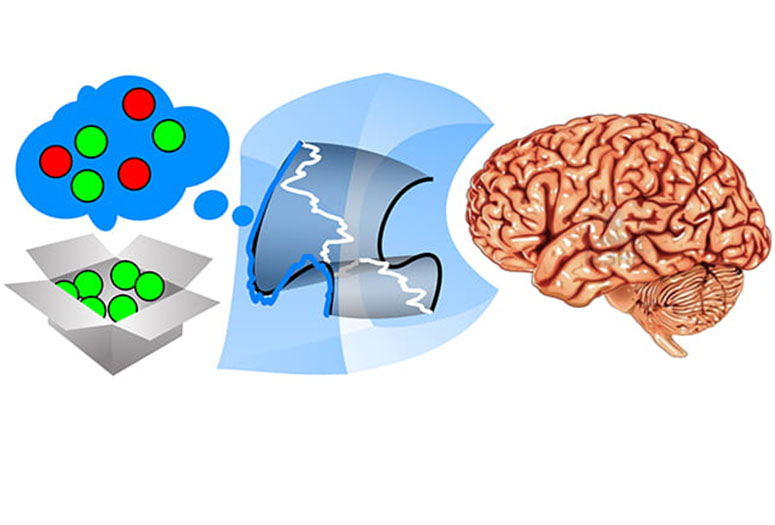 HOUSTON – (Nov. 24, 2020) – A team led by researchers at Baylor College of Medicine and Rice University has developed artificial intelligence models that help them better understand the brain computations that underlie thoughts. This is new, because until now there has been no method to measure thoughts.

The researchers first developed a new model that can estimate thoughts by evaluating behavior, and then tested their model on a trained artificial brain where they found neural activity associated with those estimates of thoughts. The theoretical study appears in the Proceedings of the National Academy of Sciences.

"For centuries, neuroscientists have studied how the brain works by relating brain activity to inputs and outputs," said corresponding author Xaq Pitkow, assistant professor of neuroscience at Baylor and of electrical and computer engineering at Rice. "For instance, when studying the neuroscience of movement, scientists measure muscle movements as well as neuronal activity and then relate those two measurements. To study cognition in the brain, however, we don't have anything to compare the measured neural activity to."

To understand how the brain gives rise to thought, researchers first need to measure a thought. They developed a method called "Inverse Rational Control" that looks at a behavior and infers the beliefs or thoughts that best explain that behavior.

Traditionally, researchers in this field have worked with the idea that animals solve tasks optimally, behaving in a way that maximizes their net benefits. But when scientists study animal behavior, they find that this is not always the case.

"Sometimes animals have 'wrong' beliefs or assumptions about what's going on in their environment, but still they try to find the best long-term outcomes for their task, given what they believe is going on around them," said Pitkow, who also is a McNair Scholar at Baylor, co-director of Baylor's Center for Neuroscience and Artificial Intelligence and member of the Rice Neuroengineering Initiative. "This could account for why animals seem to behave suboptimally."

For example, consider an animal that is hunting and hears many noises it associates with prey. If one potential prey is making all the noises, the optimal behavior for the hunter is to consistently target its movements to a single noise. If the hunter mistakenly believes the noises are coming from many different animals, it may choose a suboptimal behavior, like constantly scanning its surroundings to try and pinpoint one of them. By acting according to its belief or assumption that there are many potential prey nearby, the hunter is behaving in a way that is simultaneously rational and suboptimal.

In the second part of the work, Pitkow and his colleagues developed a model to relate thoughts that were identified using the Inverse Rational Control method to brain activity.

"We can look at the dynamics of the modeled thoughts and at the dynamics of the brain's representations of those thoughts," Pitkow said. "If those dynamics run parallel to each other, then we have confidence that we are capturing the aspects of the brain computations involved in those thoughts. By providing methods to estimate thoughts and interpret neural activity associated with them, this study can help scientists understand how the brain produces complex behavior and provide new perspectives on neurological conditions."

This work was supported in part by in part by a BRAIN Initiative grant from the National Institutes of Health (NS094368), the McNair Foundation, the Simons Collaboration on the Global Brain (324143) and the National Science Foundation (1450923, 1552868).

https://news-network.rice.edu/news/files/2020/11/1123_THOUGHTS-figu1-lg.jpg
CUTLINE: An illustration of the method for inferring thoughts within patterns of brain activity, based on observing behavior. In an experiment, an animal tried to determine if fruit was ripe (red) or not (green). All fruit were unripe (box, lower left), but the animal behaved as if it thought some were ripe (blue thought bubble). The blue 3D cube (middle) represents all possible patterns of brain activity an animal exhibits in any situation, the 2D grey ribbon represents all patterns that follow one specific sequence of thoughts, and the 1D white line represents one particular pattern of brain activity consistent with that sequence. Researchers can use this geometric structure to understand which thoughts produced specific behaviors, even when the animal was acting on mistaken beliefs like thinking the fruit was ripe. (Illustration by Xaq Pitkow/Baylor College of Medicine and Rice University)