NEST360° will work with sub-Saharan hospitals to transform infant care 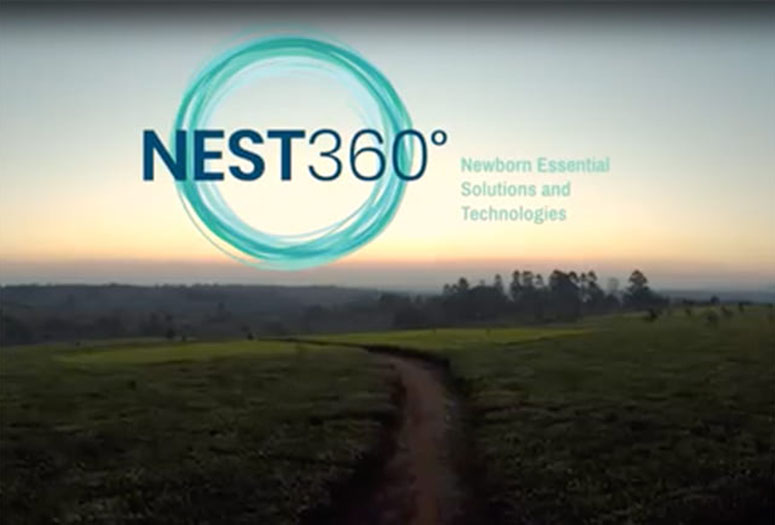 Hundreds of thousands of babies could be saved through a major global health initiative launched in London Oct. 4 to improve newborn hospital care throughout sub-Saharan Africa.

Almost half of childhood deaths occur in the first four weeks of life, and newborns in sub-Saharan Africa are nearly nine times more likely to die within their first month than babies born in communities with state-of-the-art neonatal intensive care. NEST360°, an international team founded and led mostly by women, has a detailed plan to cut newborn deaths in sub-Saharan hospitals by 50%, and philanthropists -- including some of the world's largest charitable foundations -- have now committed $68 million for the first of two four-year phases.

"Today, most women in Africa deliver their babies in health facilities, but clinicians working in those facilities do not have the technology they need to care for small and sick babies," said NEST360° co-founder Rebecca Richards-Kortum, a bioengineering professor at Rice University. "The team is working together to identify high-quality, affordable technologies to fill this gap. Engineers in the U.S. and Africa will work together to develop new technologies to save newborn lives. And we will partner with educational institutions and the private sector to scale up what works best."

NEST360° is led by engineers, physicians, nurses, global health experts and entrepreneurs from sub-Saharan Africa, the United States and the United Kingdom. The program's roots are in Malawi, with an innovative engineering education program that Richards-Kortum and Rice bioengineer Maria Oden launched in 2006 to design affordable, durable medical devices for African hospitals, among them an award-winning CPAP for premature babies who struggle to breathe.

To clinically study and implement these technologies, Oden and Richards-Kortum forged partnerships with doctors, nurses, governmental health officials, educators, community leaders and others. What began as a program to teach Rice engineering students to solve real-world health problems grew into an international consortium founded on the principle that all parts of the solution -- technological, political, educational, economic and sociological -- are necessary and must be implemented together to sustainably prevent newborn deaths in Africa.

"Newborn mortality cannot be tackled piecemeal," said NEST360° co-founder Dr. Queen Dube, a clinical pediatric specialist at the University of Malawi College of Medicine. "It does no good to offer supportive breathing to a baby that is too cold or suffering from untreated jaundice. And it does little good to provide technology to a hospital that cannot repair or maintain it. The solution to newborn mortality is more than affordable, repairable technologies, it is the financing and distribution systems to get them into hospitals and the education and training to use them to maximum effect."

NEST360° was selected as a finalist in the MacArthur Foundation's inaugural 100&Change competition in 2017. After narrowly missing the $100 million prize, the group redoubled its fundraising efforts, refined its plans, expanded its scope and forged new partnerships. NEST360° will develop and deliver a package of affordable medical devices and procedures that address health problems responsible for the majority of newborn deaths in Africa, such as hypothermia, respiratory problems, infection and jaundice. To create lasting change in Africa, NEST360° will focus on more than technology.

"A pipeline of clinical and technical innovators is essential to create the ecosystem needed to sustain NEST beyond this program," said Oden, a NEST360° co-founder. "We are partnering with engineering schools to establish design studios in Africa so local needs will be met by inventors and engineers in Africa."

NEST360° will enable African hospitals to both provide and sustain quality, comprehensive newborn care by ensuring that systems for financing, distribution, training and infrastructure are implemented alongside technology. NEST360° also will establish a pipeline of local innovators, technicians and medical staff.

Richards-Kortum and Oden are professors in Rice's Brown School of Engineering and co-directors of the Rice 360° Institute for Global Health. Richards-Kortum is Rice's Malcolm Gillis University Professor and a 2018 State Department U.S. science envoy for health security. Oden is the director of Rice's award-winning Oshman Engineering Design Kitchen.