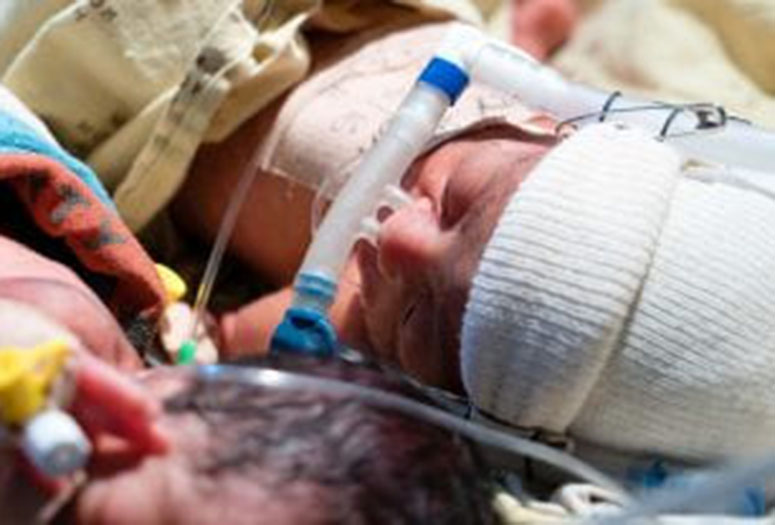 Malawi's national adoption of affordable, rugged, neonatal CPAP technology as a part of routine hospital care resulted in sustained improvements in the survival of babies with respiratory illness, according to a new study in the journal Pediatrics.

Malawi, in southeast Africa, has the world's highest preterm birth rate, with almost 1 in 5 babies born premature. A study conducted at 26 Malawi government hospitals found that the national adoption of rugged, low-cost, neonatal "continuous positive airway pressure" (CPAP) devices improved survival rates from 49% to 55% for newborns admitted with breathing problems. For newborns with severe breathing problems, survival improved from 40% to 48%.

"For babies that had respiratory distress syndrome — these are the tiniest babies that have some of the biggest challenges with breathing — we saw a nearly a 10% improvement in survival after CPAP was available," said Rice University engineering professor Rebecca Richards-Kortum, the study's corresponding author and co-director of the Rice 360° Institute for Global Health.

The study involved 2,457 babies born at government hospitals from 2013 to 2016 and was conducted by researchers from the Malawi Ministry of Health, Malawi's leading medical school and its teaching hospital, and Rice 360°.

Rice 360° developed the Pumani CPAP machine used in the study and supported the national rollout via a transition-to-scale grant from Saving Lives at Birth, a joint undertaking by the U.S. Agency for International Development (USAID), the Bill & Melinda Gates Foundation and the governments of Norway, the United Kingdom, Canada and South Korea.

Rice 360° co-director Maria Oden said most sub-Saharan hospitals can't afford to bring on extra nurses or technicians, so it was important to monitor patient outcomes and see if CPAP gains were sustained over years as part of routine hospital care.

"The Malawi rollout was a nurse-led, quality improvement initiative that was directed and sustained by the Malawi Ministry of Health," Oden said. "They have shown that a low-income country can scale CPAP nationally and see dramatic and lasting improvements in newborn outcomes."

Lead author Jennifer Carns, a Rice 360° bioengineer and research scientist in Rice's Brown School of Engineering, said the study also found that babies did not get the full benefit of CPAP if they were too cold.

"For infants with normal body temperatures, survival rates were 66% — more than 25% higher than those who were too cold," Carns said.

While respiratory distress is common among premature babies, so are other conditions like hyperthermia.

"There's more work to be done," Richards-Kortum said. "We know for CPAP to have its full potential, it needs to be introduced as part of a quality program that focuses on improving essential newborn care."

Richards-Kortum is Rice's Malcolm Gillis University Professor and a 2018 State Department U.S. science envoy for health security. Oden is the director of Rice's award-winning Oshman Engineering Design Kitchen. Richards-Kortum and Oden are each bioengineering professors in Rice's Brown School of Engineering and co-founders of NEST360°, an international campaign to end preventable newborn deaths in Africa.

Additional co-authors include Sara Liaghati-Mobarhan, Aba Asibon and M.K. Quinn, all of Rice; Alfred Chalira and Norman Lufesi, both of the Malawi Ministry of Health; and Kondwani Kawaza and Elizabeth Molyneux, both of the University of Malawi College of Medicine and the Department of Pediatrics at Queen Elizabeth Central Hospital in Blantyre, Malawi.