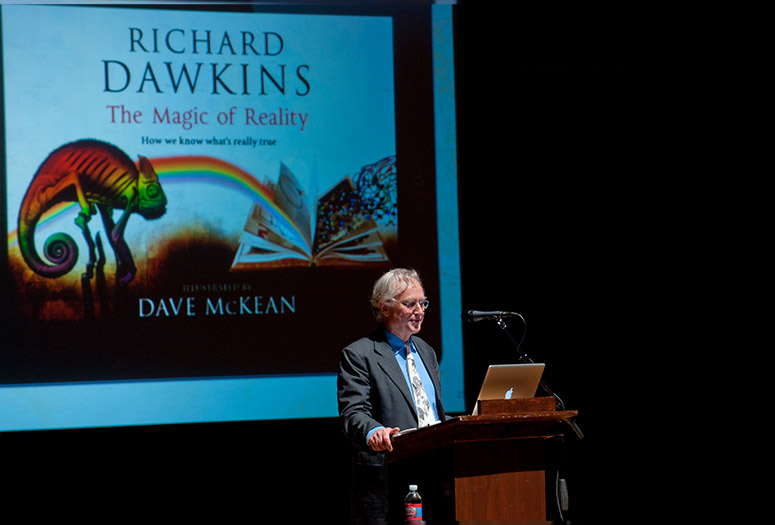 Controversial British evolutionary biologist Richard Dawkins is well-known for his criticism of religion, but a new Rice University study of British scientists reveals that a majority who mentioned Dawkins’ work during research interviews reject his approach to public engagement and said his work misrepresents science and scientists because he conveys the wrong impression about what science can do and the norms that scientists observe in their work.

The findings in “Responding to Richard: Celebrity and (Mis)representation of Science” appeared in a recent edition of Public Understandings of Science and are part of a larger Religion Among Scientists in International Context study. The RASIC study includes a survey of over 20,000 scientists from eight countries. In the United Kingdom, 1,581 randomly sampled scientists participated in the survey, and 137 of them also participated in in-depth interviews.

Although the researchers did not ask questions about Dawkins, 48 scientists mentioned him during in-depth interviews without prompting, and nearly 80 percent of those scientists believe that he misrepresents science and scientists in his books and public engagements. This group included 23 nonreligious scientists and 15 religious scientists. Approximately 20 percent of scientists interviewed – 10 scientists all identifying as nonreligious – said that he plays an important role in asserting the cultural authority of science in the public sphere. One biologist surveyed said Dawkins has “quite an important place in society” in his criticism of creationism and intelligent design.

Elaine Howard Ecklund, the study’s principal investigator and the Herbert S. Autrey Chair in Social Sciences at Rice, said that some scientists, independent of their religious beliefs, do not view Dawkins as a good representative because they believe he conveys “the wrong impression about the borders of scientific inquiry.”

“Scientists differ in their view of where such borders rest,” said David Johnson, an assistant professor at the University of Nevada in Reno and the paper’s lead author. “And they may even view belief in a deity as irrational, but they do not view questions related to the existence of deities or ‘the sacred’ as within the scope of science.”

“Some people like Richard Dawkins,” said a nonreligious professor of biology. “He’s a fundamental atheist. He feels compelled to take the evidence way beyond that which other scientists would regard as possible. … I want [students] to develop [science] in their own lives. And I think it’s necessary to understand what science does address directly.”

A nonreligious physicist said, “He’s much too strong about the way he denies religion. … As a scientist, you’ve got to be very open, and I’m open to people’s belief in religion. … I don’t think we’re in a position to deny anything unless it’s something which is within the scope of science to deny. … I think as a scientist you should be open to it. … It doesn’t end up encroaching for me because I think there’s quite a space between the two.”

Dawkins has “gone on a crusade, basically,” another professor of biology said. “Although there is a lot of truth behind what he says, he does it in a way that I think is deliberately designed to alienate religious people.”

Ecklund said it is important to note that none of the scientists interviewed questioned Dawkins’ integrity as a scientist. Rather, they were critical of his representation of science to the public.

“In general, scientists in interviews emphasized promotion of science over the scientist, diplomacy over derision and dialogue over ideological extremism,” she said.

Johnson said he hopes the research will help scientists learn to communicate science without alienating the public.

“The best science communication does not begin with insults and arrogance,” Johnson said. “It encourages curiosity, open-mindedness and appreciation for science.”

Kirstin Matthews, a fellow in science and technology policy at Rice’s Baker Institute for Public Policy, and Di Di, a Ph.D. candidate in the Department of Sociology at Rice, co-authored the paper.