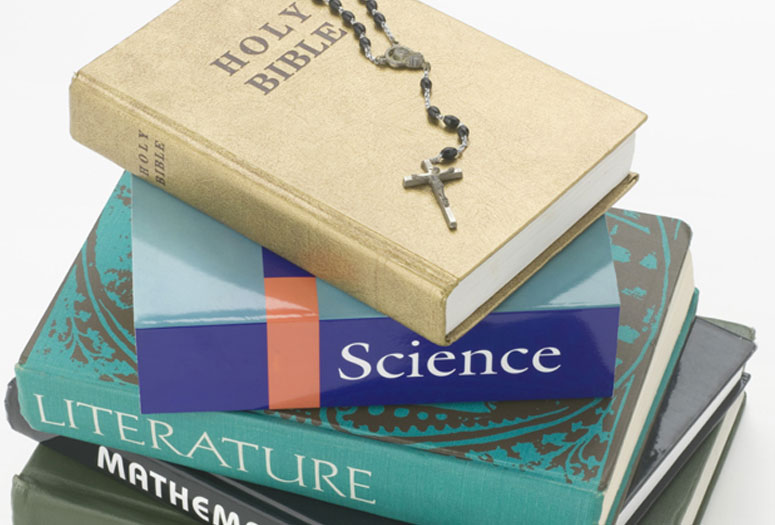 Are all scientists atheists? Do they believe religion and science can co-exist? These questions and others were addressed in the first worldwide survey of how scientists view religion, released today by researchers at Rice University.

“No one today can deny that there is a popular ‘warfare’ framing between science and religion,” said the study’s principal investigator, Elaine Howard Ecklund, founding director of Rice University’s Religion and Public Life Program and the Herbert S. Autrey Chair in Social Sciences. “This is a war of words fueled by scientists, religious people and those in between.” 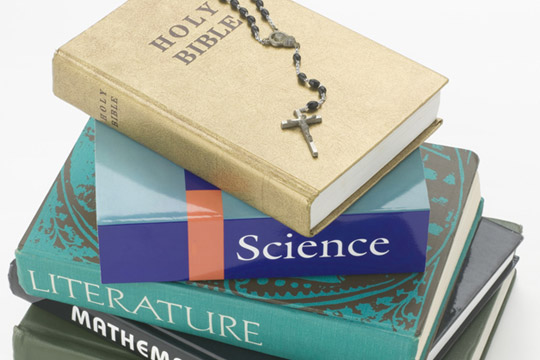 The study’s results challenge longstanding assumptions about the science-faith interface. While it is commonly assumed that most scientists are atheists, the global perspective resulting from the study shows that this is simply not the case.

“More than half of scientists in India, Italy, Taiwan and Turkey self-identify as religious,” Ecklund said. “And it’s striking that approximately twice as many ‘convinced atheists’ exist in the general population of Hong Kong, for example, (55 percent) compared with the scientific community in this region (26 percent).”

In addition to the survey’s quantitative findings, the researchers found nuanced views in scientists’ responses during interviews. For example, numerous scientists expressed how religion can provide a “check” in ethically gray areas.

“(Religion provides a) check on those occasions where you might be tempted to shortcut because you want to get something published and you think, ‘Oh, that experiment wasn’t really good enough, but if I portray it in this way, that will do,'” said a biology professor from the U.K.

Another scientist said that there are “multiple atheisms,” some of which include religious traditions.

“I have no problem going to church services because quite often, again that’s a cultural thing,” said a physics reader in the U.K. who said he sometimes attended services because his daughter sang in the church choir. “It’s like looking at another part of your culture, but I have no faith religiously. It doesn’t worry me that religion is still out there.”

Finally, many scientists mentioned ways that they would accommodate the religious views or practices of the public, whether those of students or colleagues.

“Religious issues (are) quite common here because everyone talks about which temple they go to, which church they go to. So it’s not really an issue we hide; we just talk about it. Because, in Taiwan, we have people [of] different religions,” said a Taiwanese professor of biology.

Ecklund and fellow Rice researchers Kirstin Matthews and Steven Lewis collected information from 9,422 respondents in eight regions around the world: France, Hong Kong, India, Italy, Taiwan, Turkey, the U.K. and the U.S. They also traveled to these regions to conduct in-depth interviews with 609 scientists, the largest worldwide survey and interview study ever conducted of the intersection between faith and science.

By surveying and interviewing scientists at various career stages, in elite and nonelite institutions and in biology and physics, the researchers hoped to gain a representative look at scientists’ views on religion, ethics and how both intersect with their scientific work.

Ecklund said that the study has many important implications that can be applied to university hiring processes, how classrooms and labs are structured and general public policy.

“Science is a global endeavor,” Ecklund said. “And as long as science is global, then we need to recognize that the borders between science and religion are more permeable than most people think.”

Located on a 300-acre forested campus in Houston, Rice University is consistently ranked among the nation’s top 20 universities by U.S. News & World Report. Rice has highly respected schools of Architecture, Business, Continuing Studies, Engineering, Humanities, Music, Natural Sciences and Social Sciences and is home to the Baker Institute for Public Policy. With 3,888 undergraduates and 2,610 graduate students, Rice’s undergraduate student-to-faculty ratio is 6-to-1. Its residential college system builds close-knit communities and lifelong friendships, just one reason why Rice is ranked No. 1 for best quality of life and for lots of race/class interaction by the Princeton Review. Rice is also rated as a best value among private universities by Kiplinger’s Personal Finance. To read “What they’re saying about Rice,” go here.